In 1914, the luís Galhardo concert hall, designed by Guilherme Edmundo Gomes, was opened on the Restauradores square. The eclectic facade was designed by the decorator Augusto Pina. 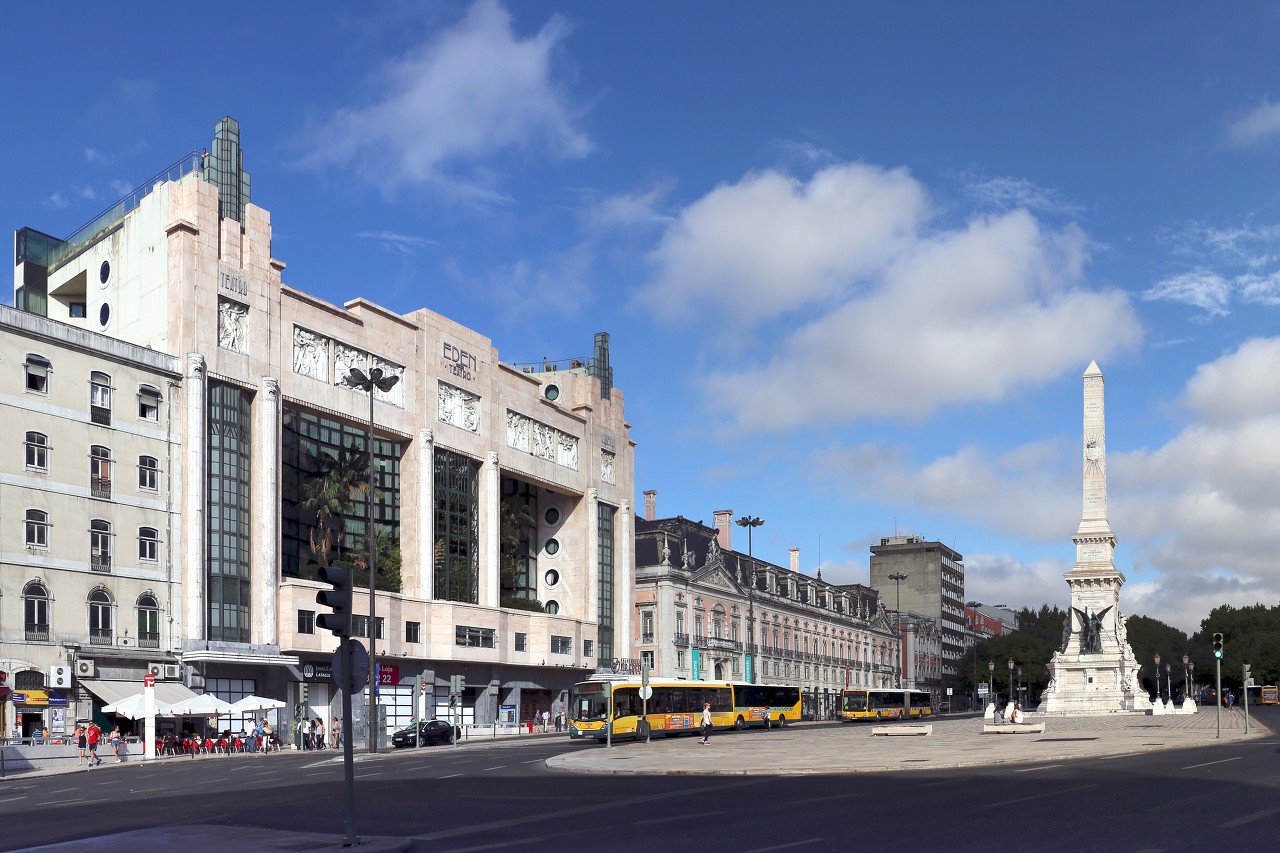 In 1929, the owner decided to carry out a large-scale reconstruction of the building, entrusting the work to the famous Portuguese architect Cassiano Branco. The final project was approved in 1933, and the renovated cinema and concert hall was opened on April 1, 1937. 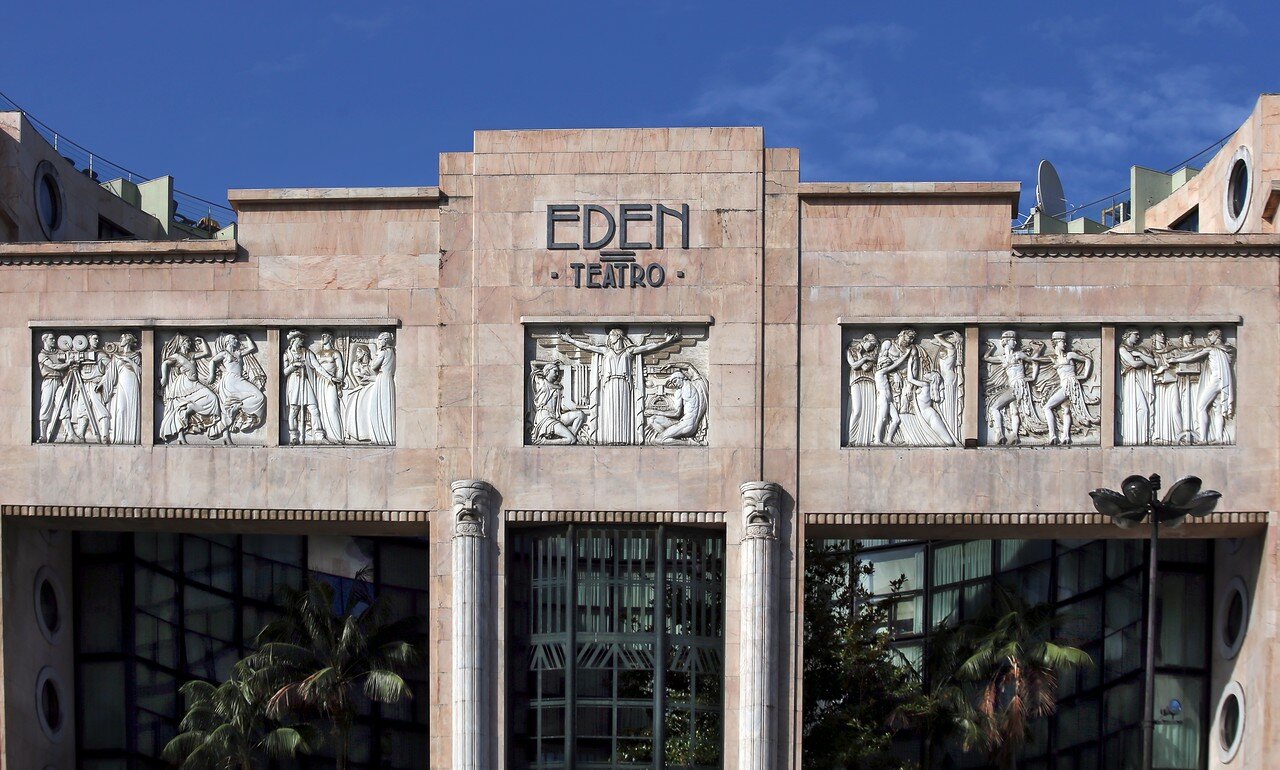 The facade is designed in the Art Deco style, but you can also see the features of Soviet constructivism in it. The main element of the facade is a semi circular garden with palm trees and boxwood bushes. 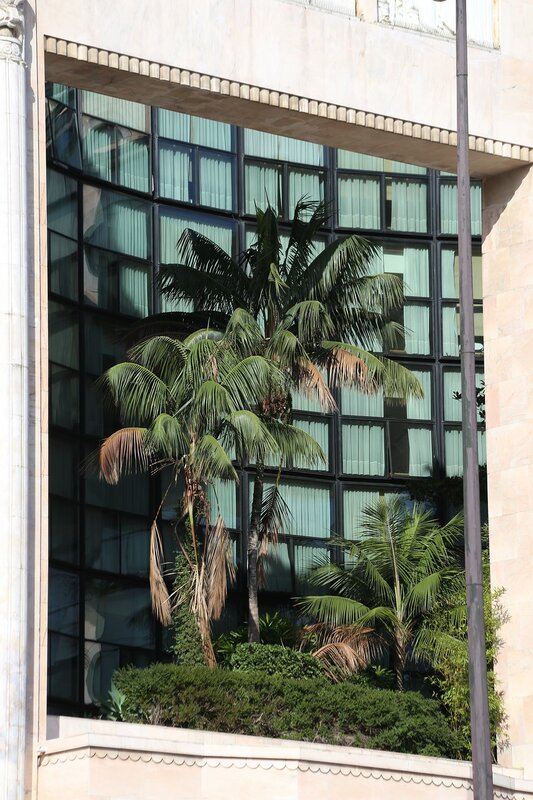 On the sides of the facade are two glass turrets. 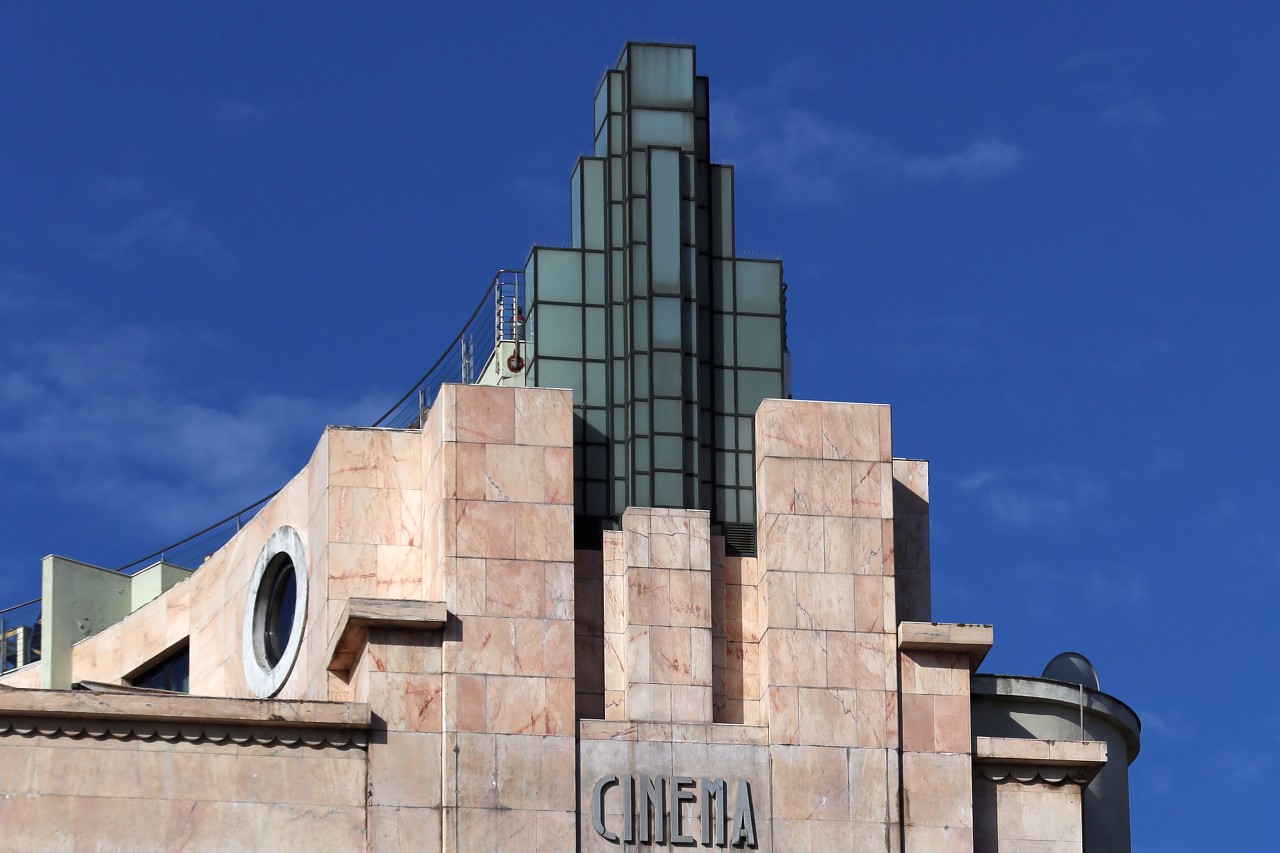 The capitals of the pilasters have the appearance of theatrical masks. 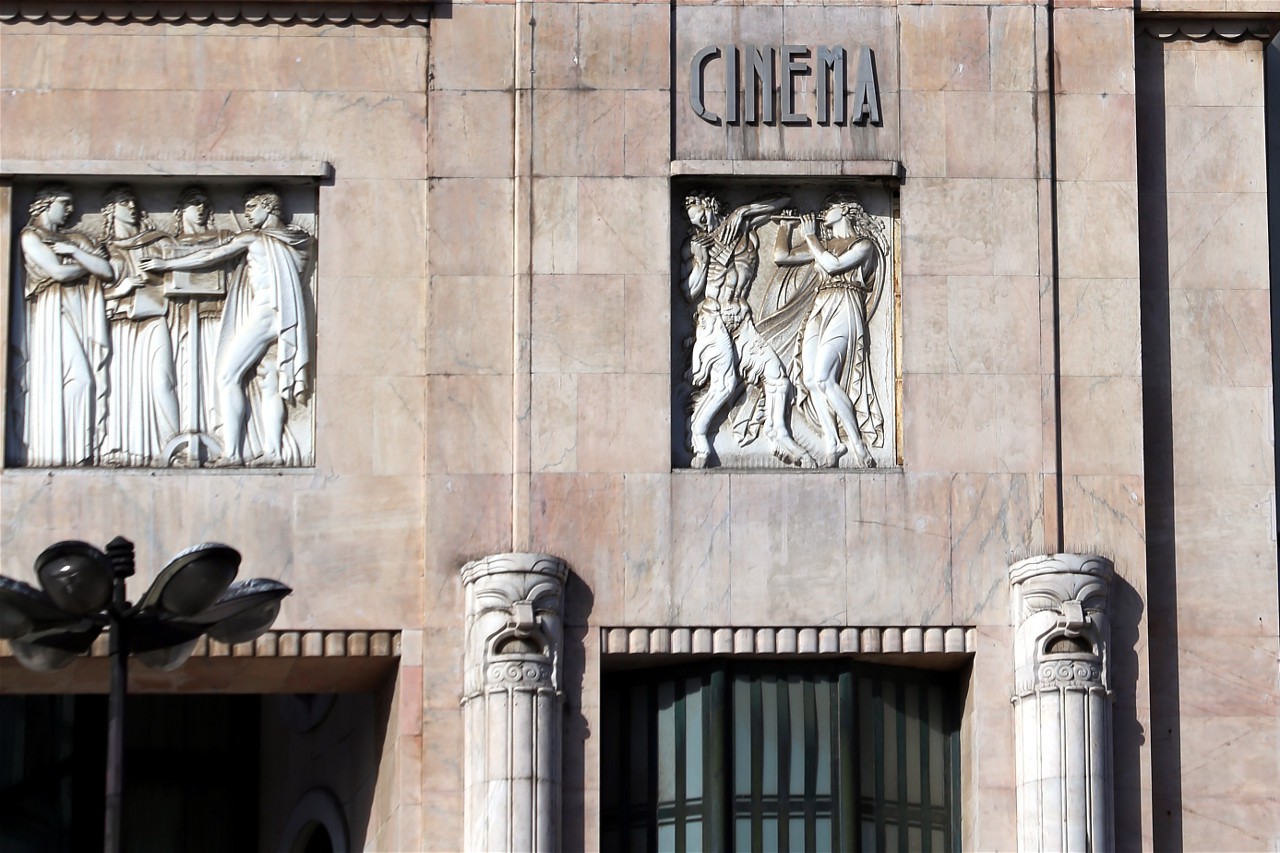 The front of the building is decorated with bas reliefs of cinematic , 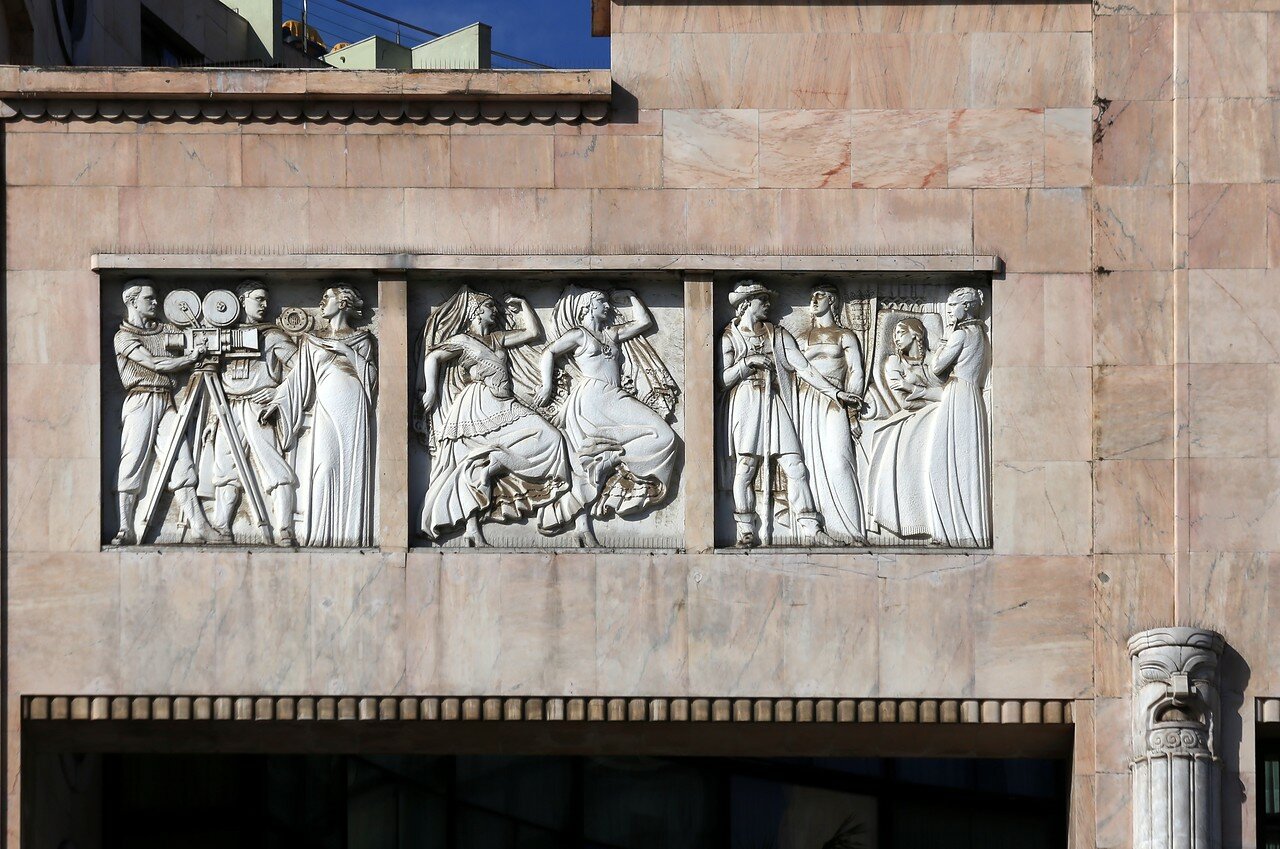 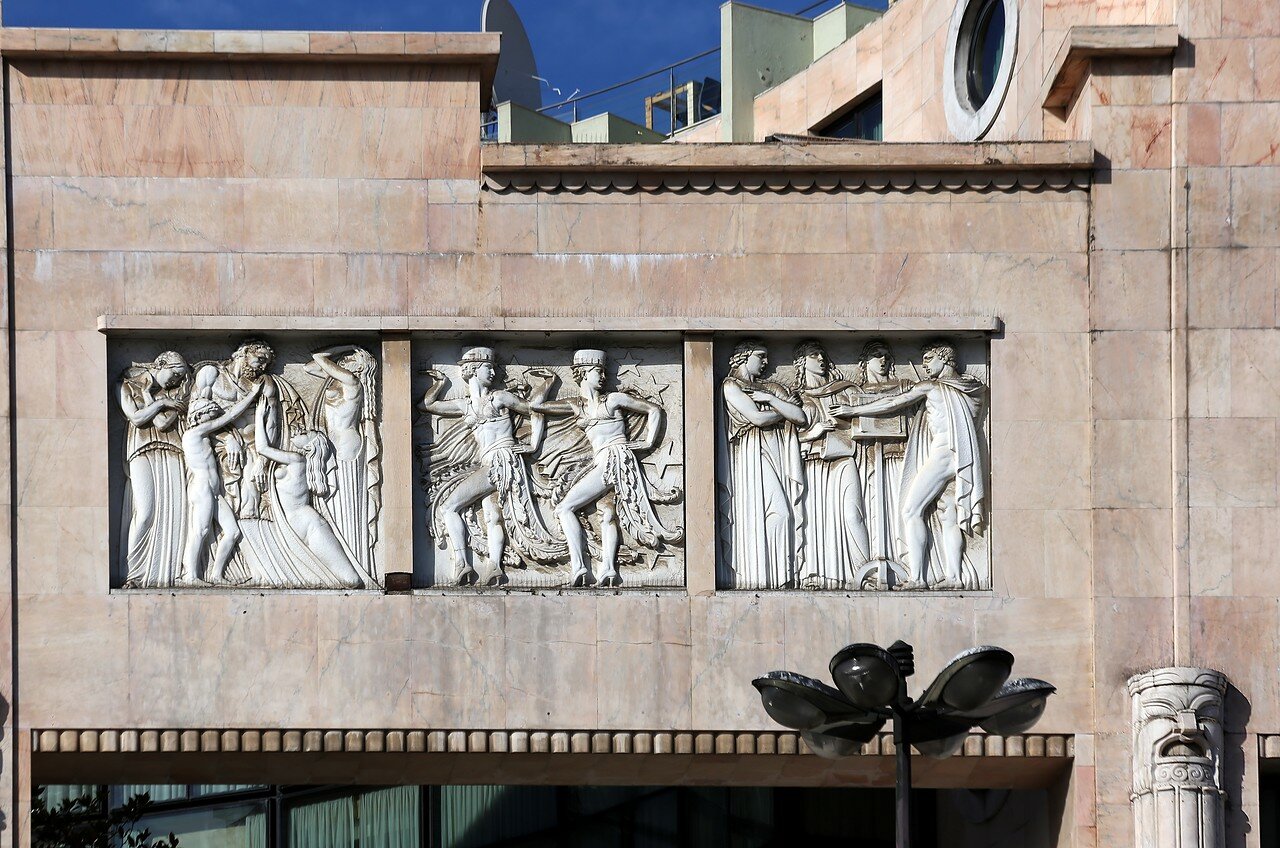 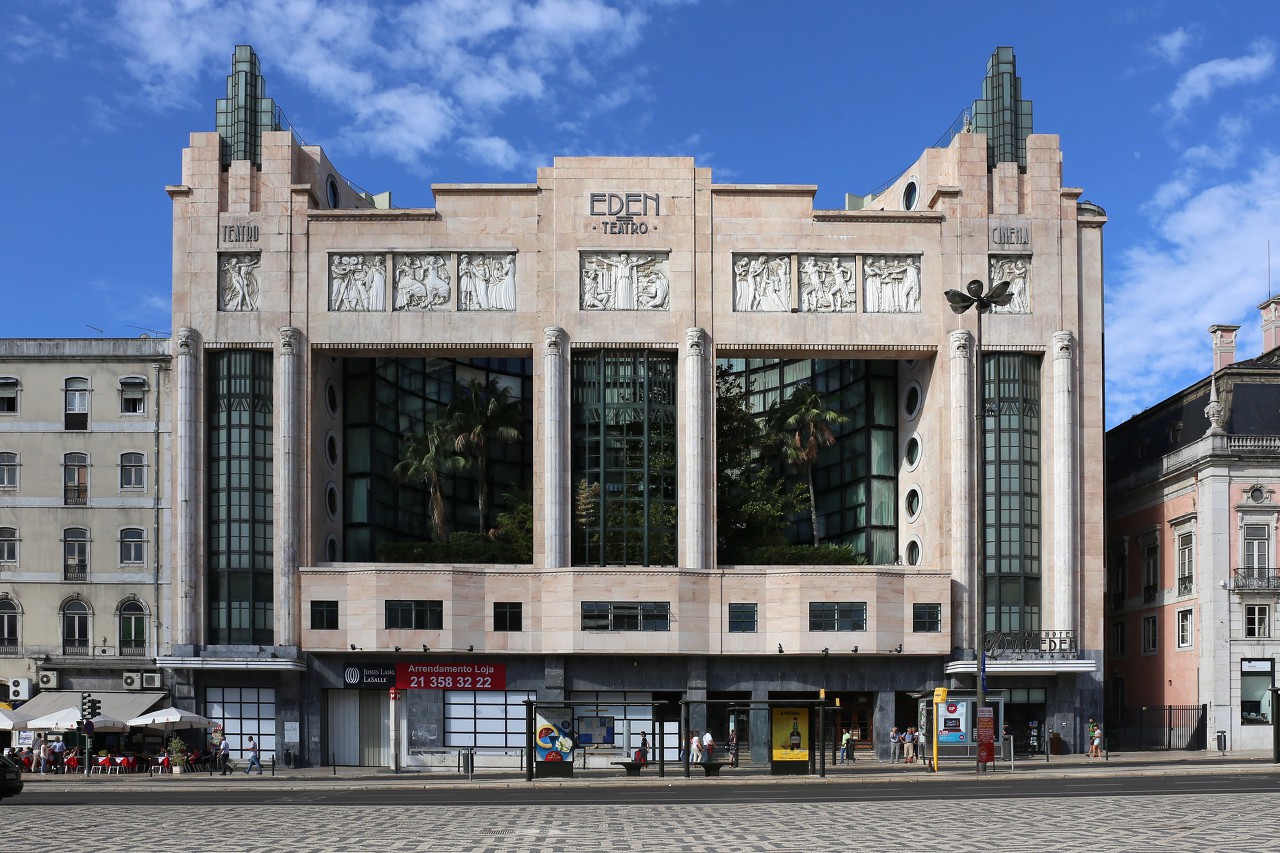