In the heart of Alfama is the сhurch of Santa Luzia (map), one of the oldest in Lisbon. It was founded in the 12th century during the reign of Alfonso I (Alfonso Henriques). The first building was destroyed by an earthquake in 1755, the current Church was built in the late 18th century under the guidance of architect Mateus Vicente de Oliveira. 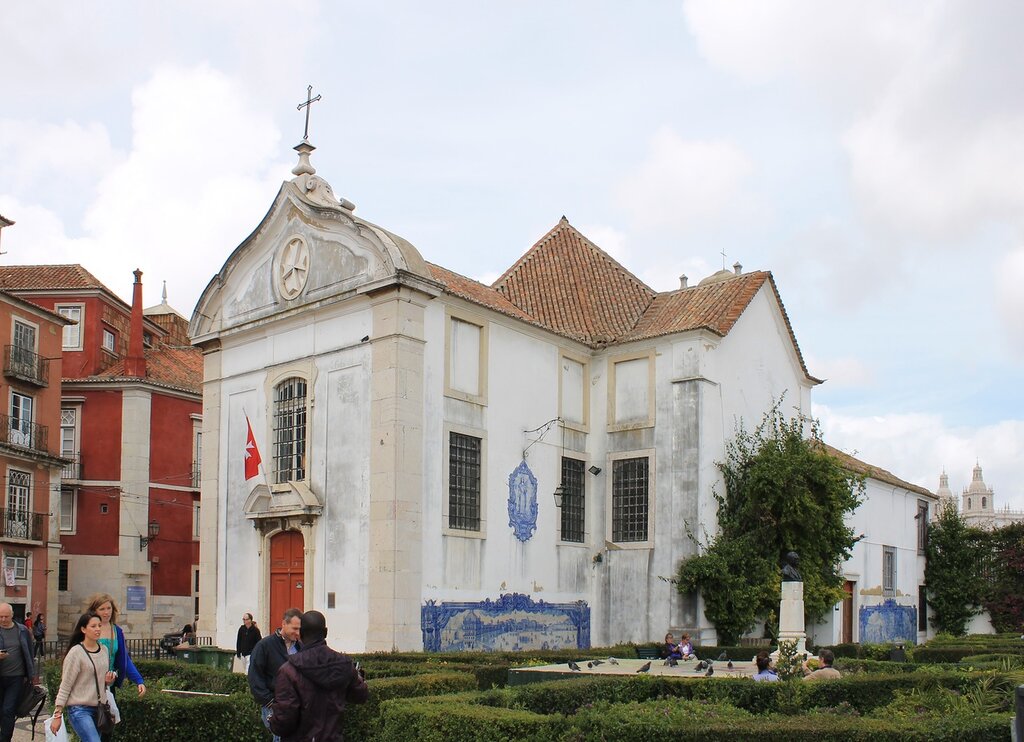 The Church belongs to the Assembly of the order of Malta, as evidenced by the Maltese cross over the entrance, but it is unknown whether the Hospitallers (so originally called Maltese) to this church founding. 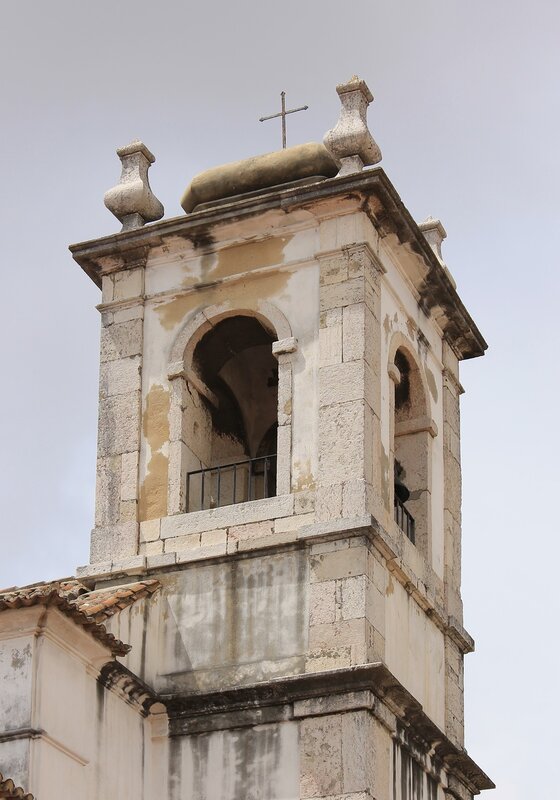 On the southern walls of the church there are three ceramic panels. The upper depicts Saint Luzia. 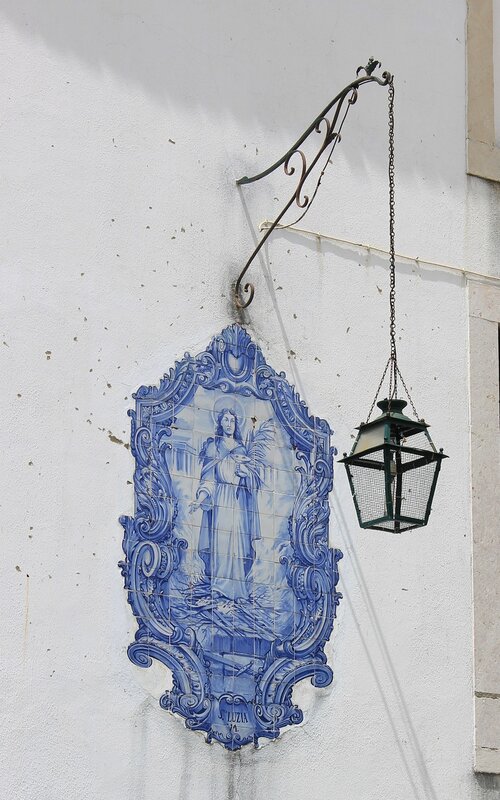 Below it is a large picture, where you can see how the area looked like Praça do Comercio before the earthquake.

Another large panel on the south side chapel depicts the storming of the castle of St. George by the troops of Alfonso Henriques in 1147. It is worth noting that a significant part of the Portuguese army were crusaders, so it is quite plausible hypothesis about the foundation this сhurch by Hospitallers order. 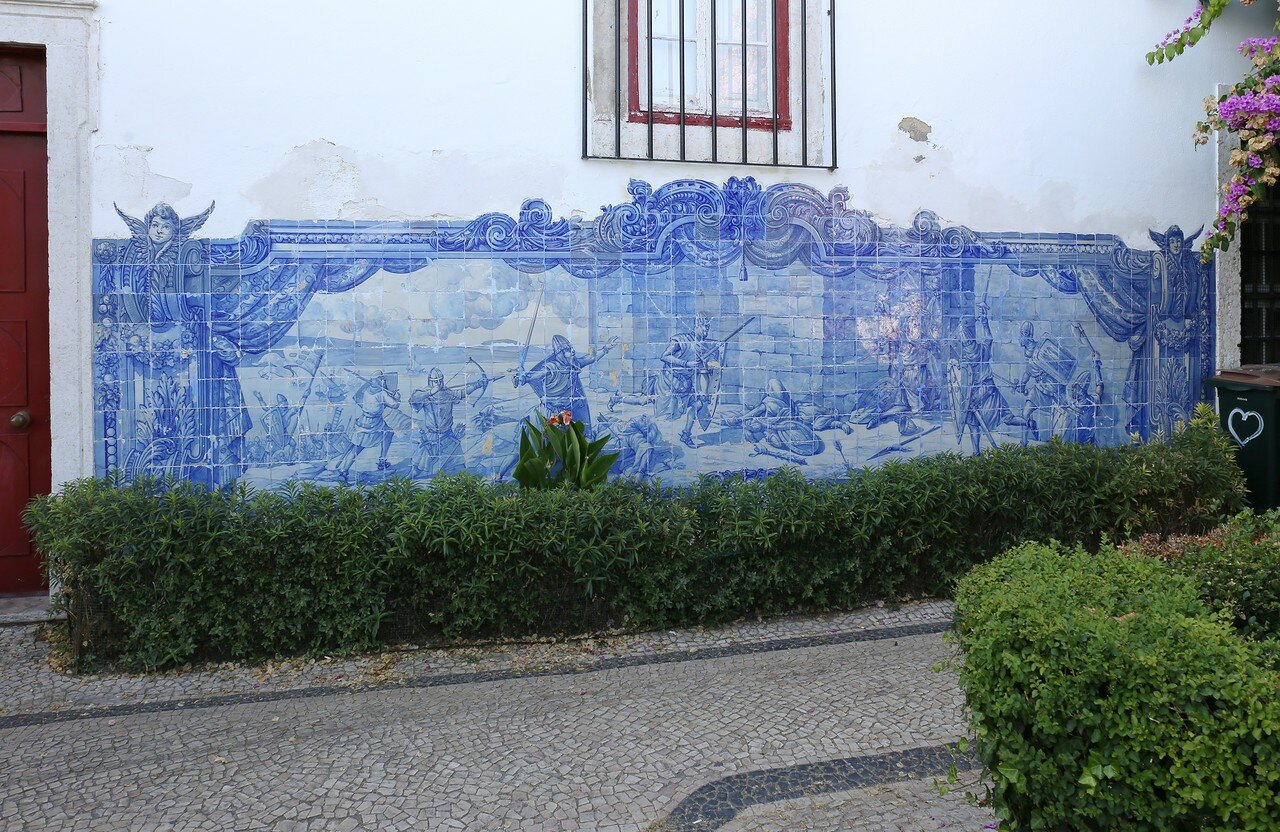 At the walls of the church is a park dedicated to the poet Julio de Castillo (Jardim Júlio de Castilho). 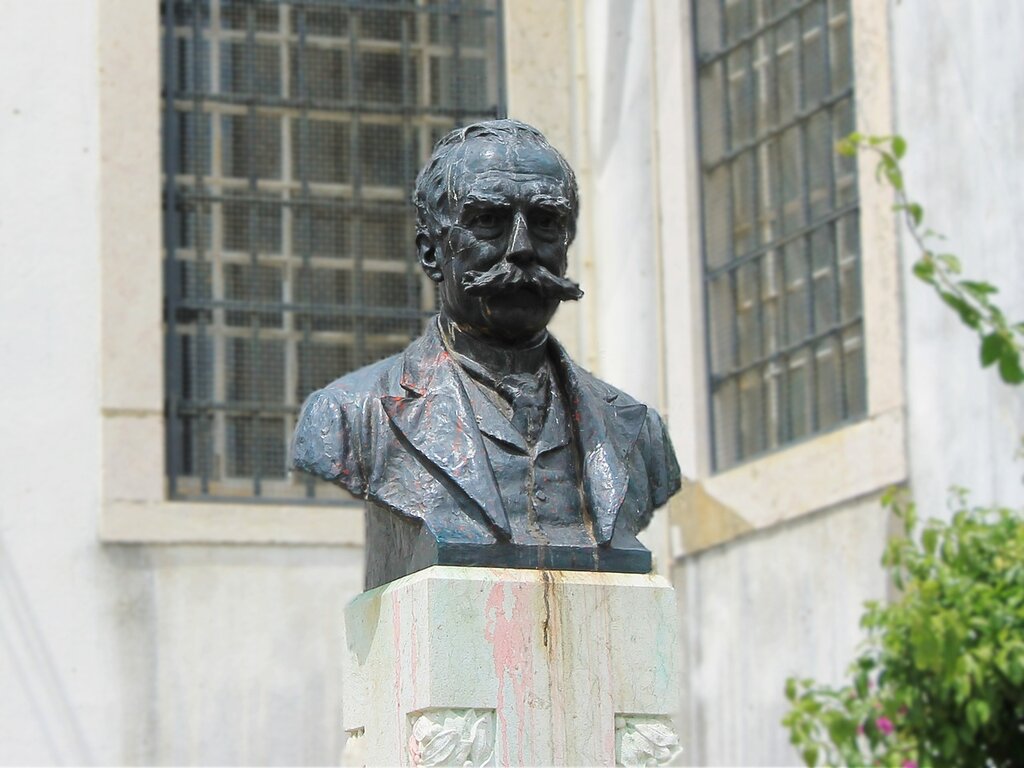 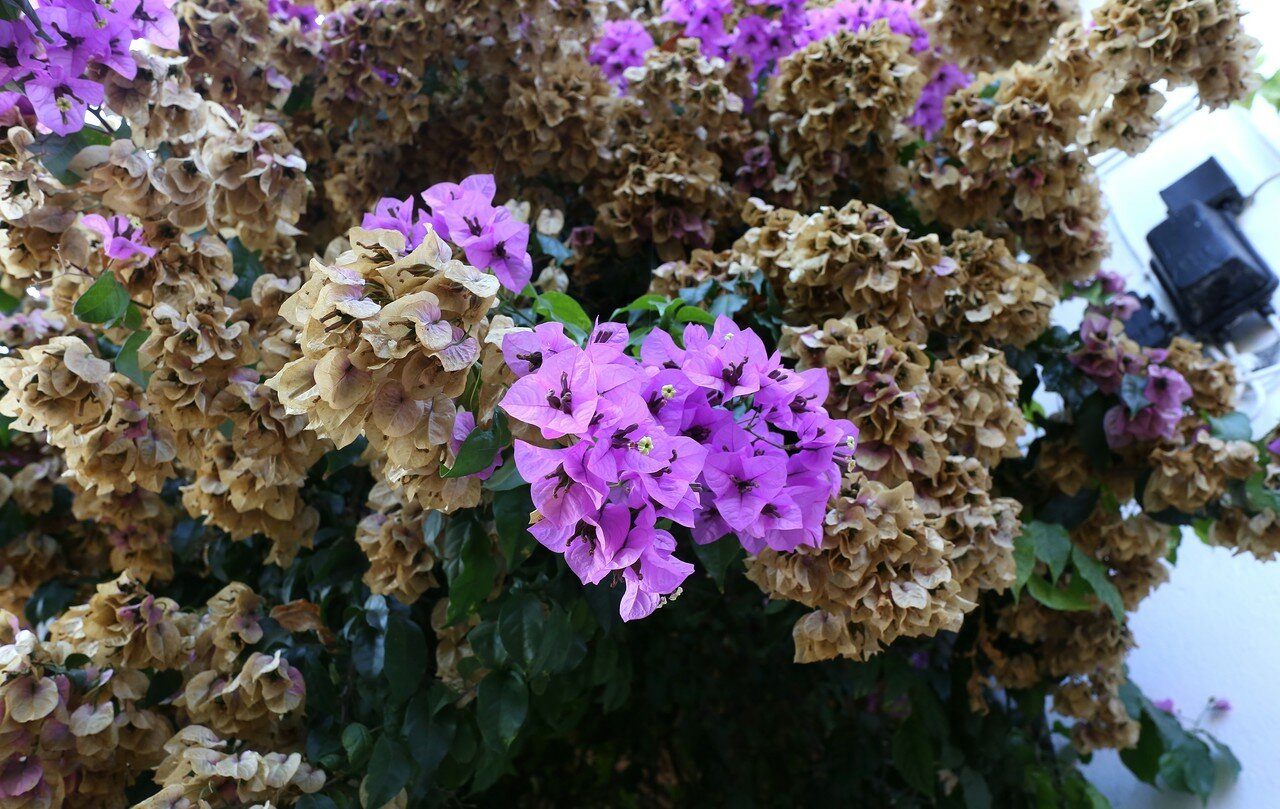 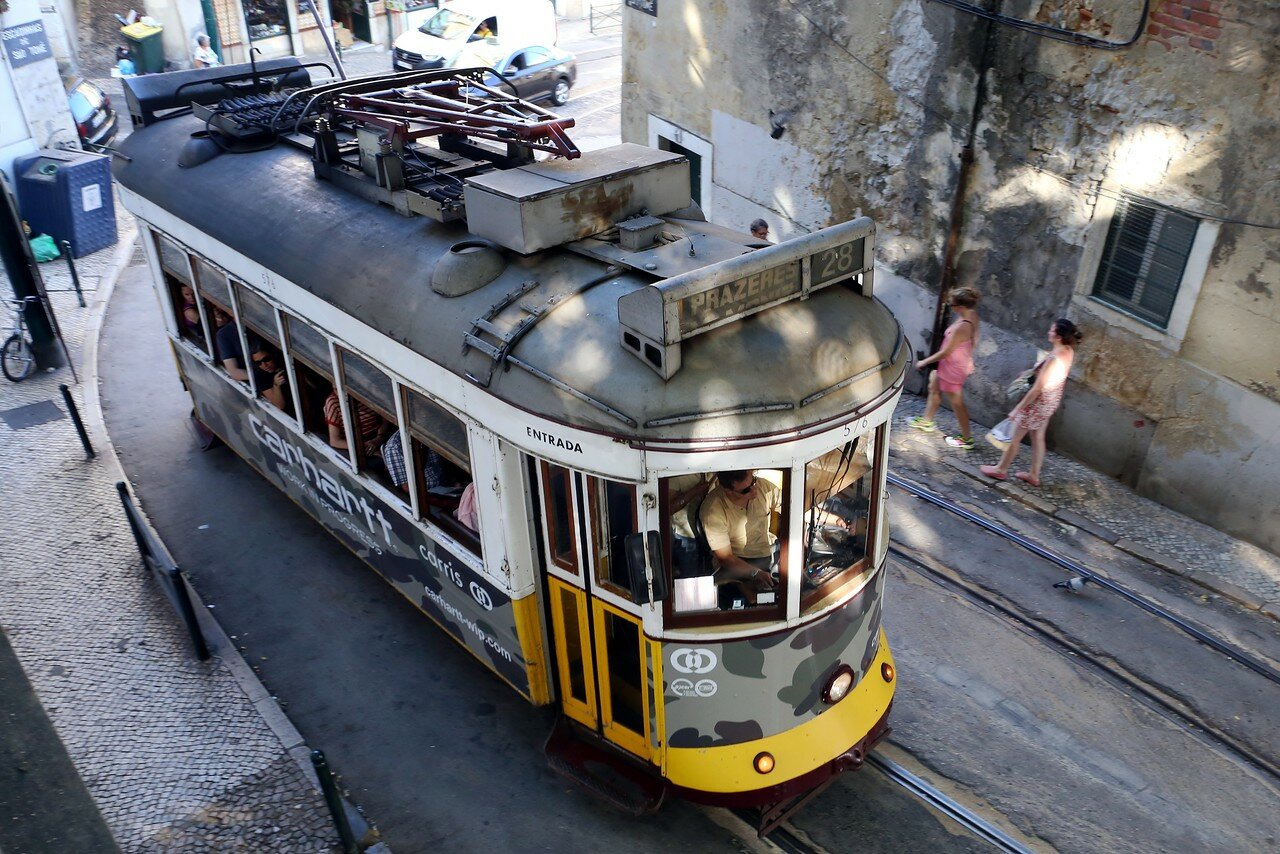