The Church of San Luigi dei Francesi is located at the intersection of Rua Portas de Santo Antao and San Luis BECO da Pena, near the Colosseum theater (on the map). 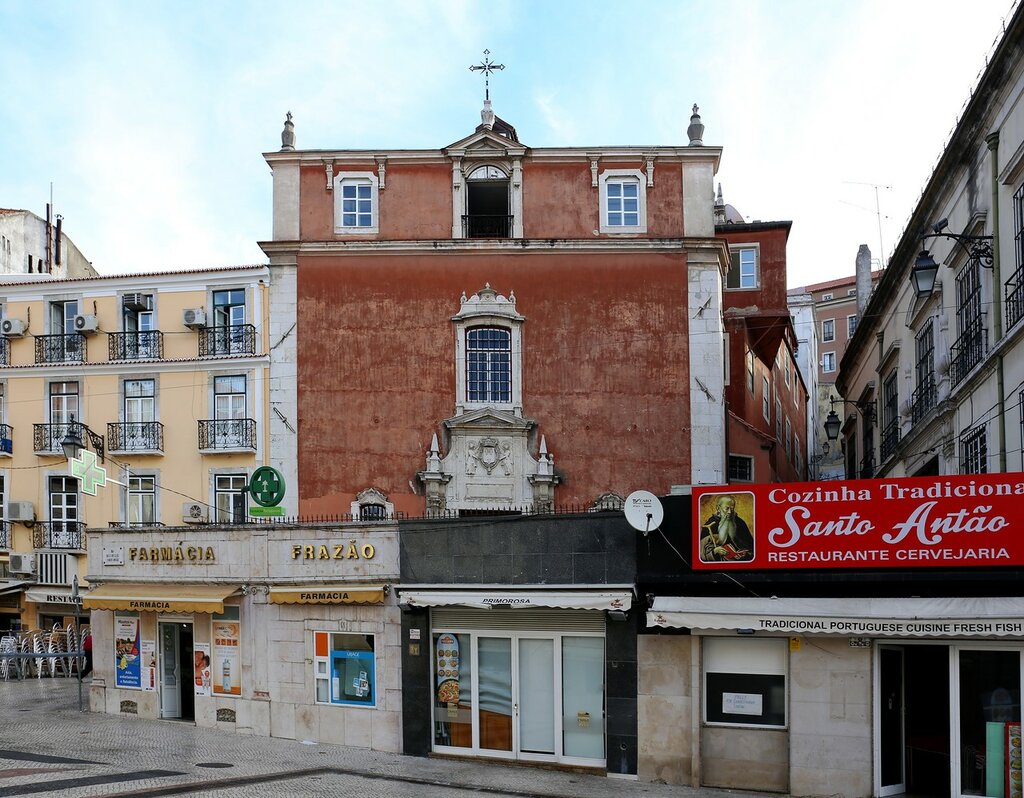 The Church was founded in 1552 at the expense of king Louis IX of France, known as St. Louis, to serve as a place of worship for the Catholics of the French community of Lisbon. 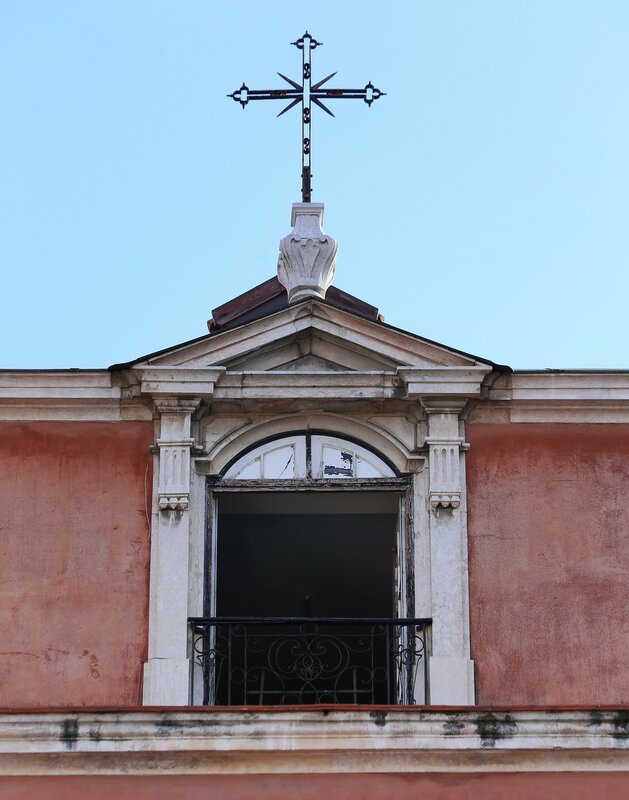 In 1622, the building was rebuilt and expanded, and the interior was decorated with marble altars made by Italian masters.
. 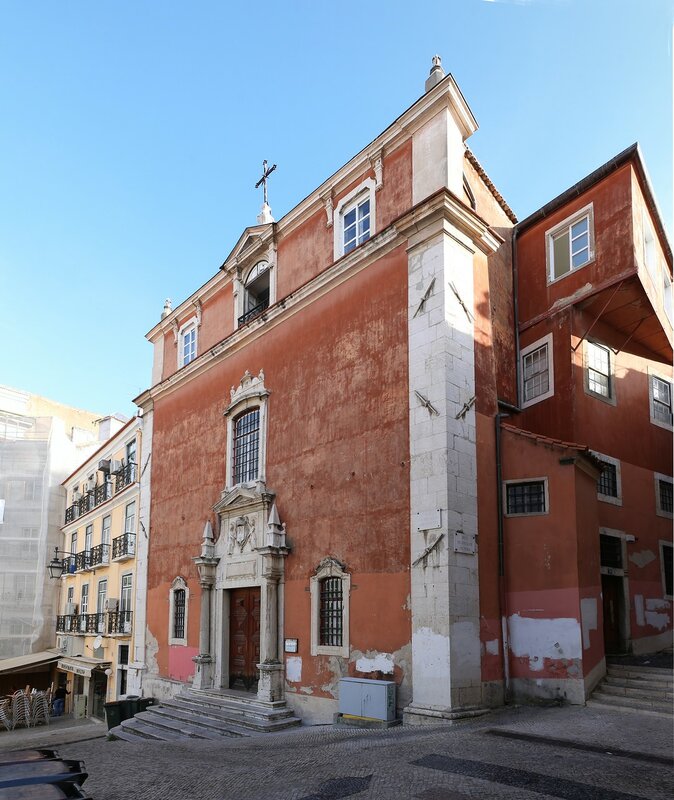 During the Great earthquake of 1755, the building was partially destroyed, and the interiors were destroyed by fire. 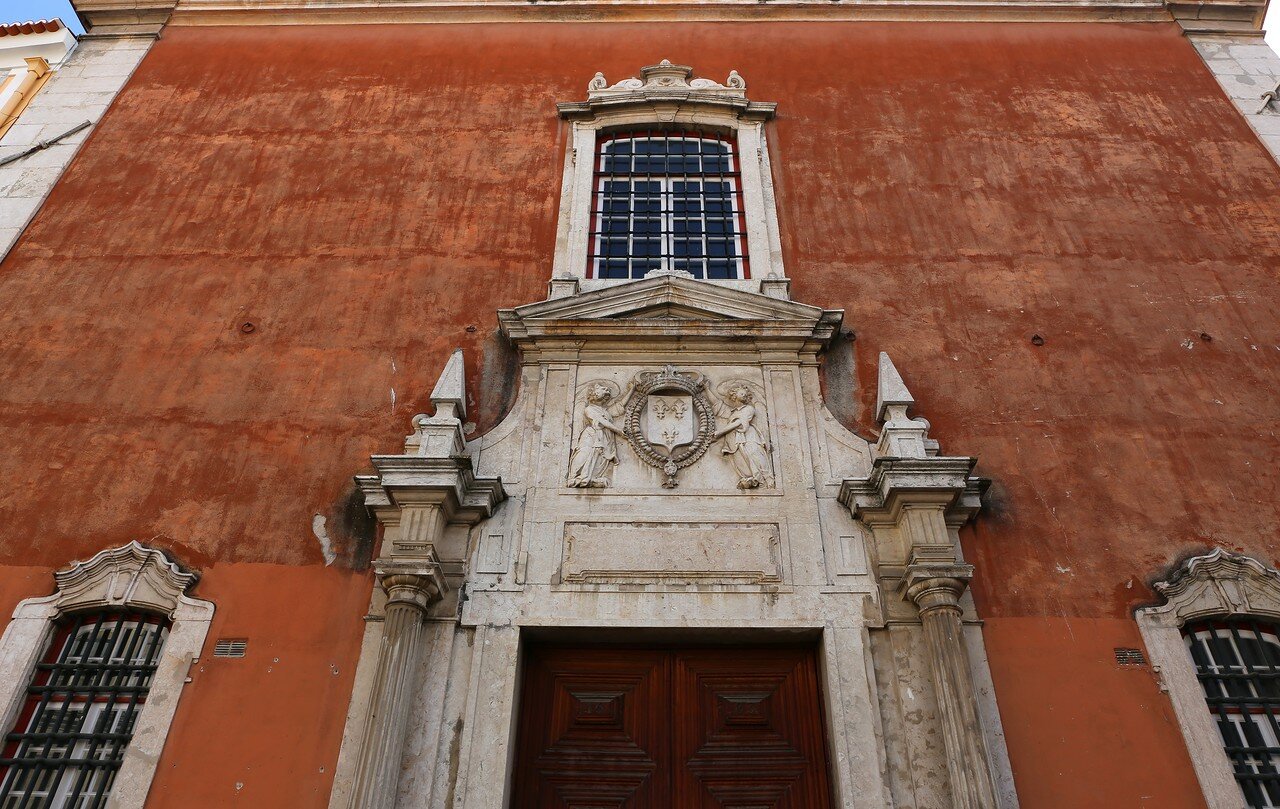 The temple was restored by 1768, receiving three marble altars made by the Genoese sculptor Pasquale Bochardo, which can still be seen today. 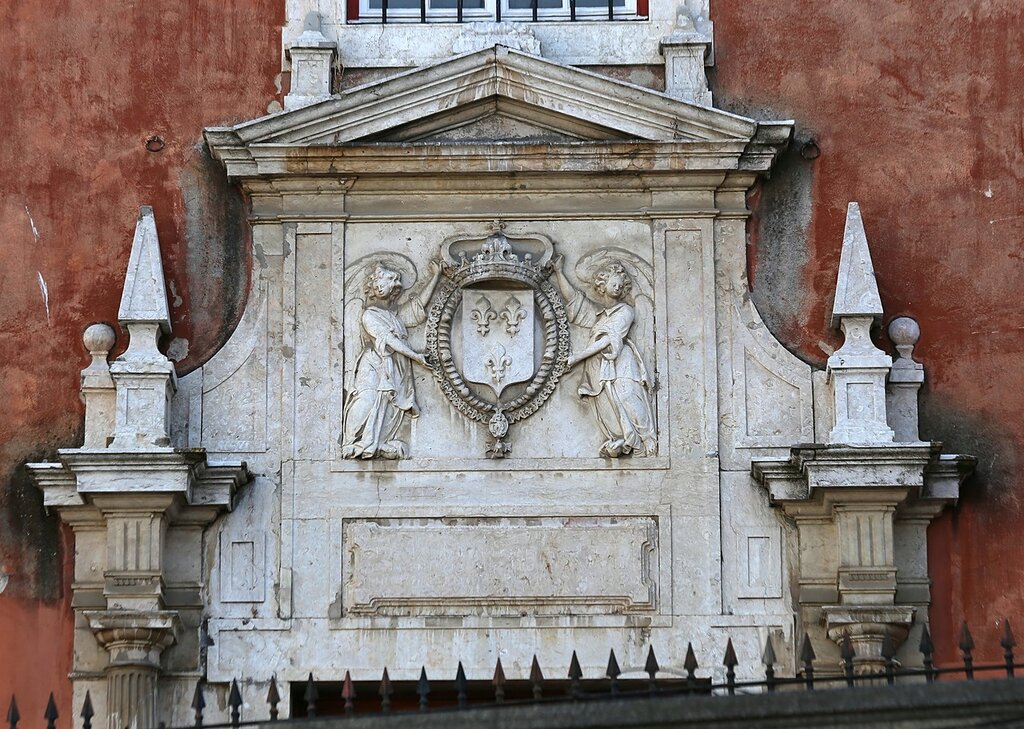 In 1882, the Church becomes the property of the French state, which has an organ, and the Church opened a hospital for poor Lisbon French, is looked after by the monks of the fraternity of St. Louis. Currently, this hospital is located in the Bayrou Alto district. 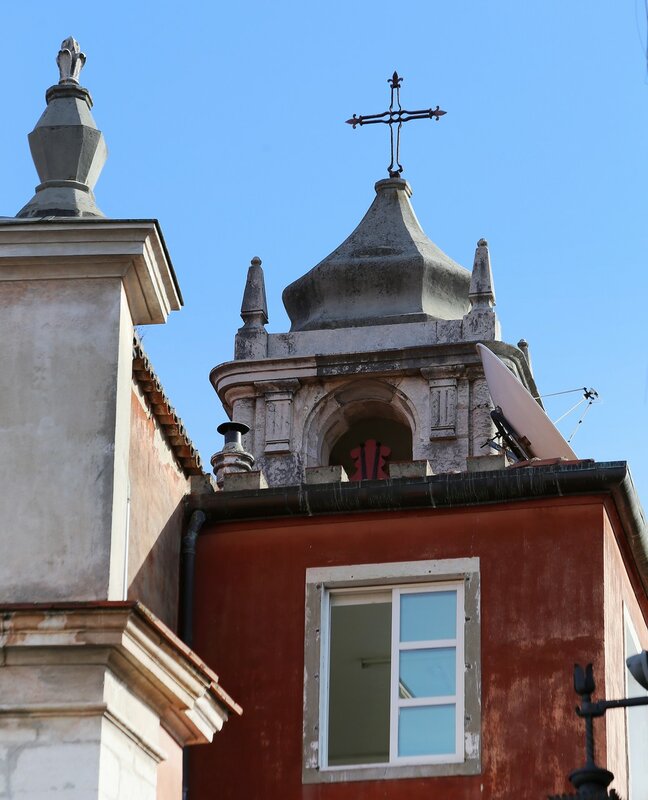 From the Church begin the steps Of San Luis BECO da Pena, leading to the monastery of the Incarnation (Convento da Encarnação) and the hospital of San Jose. 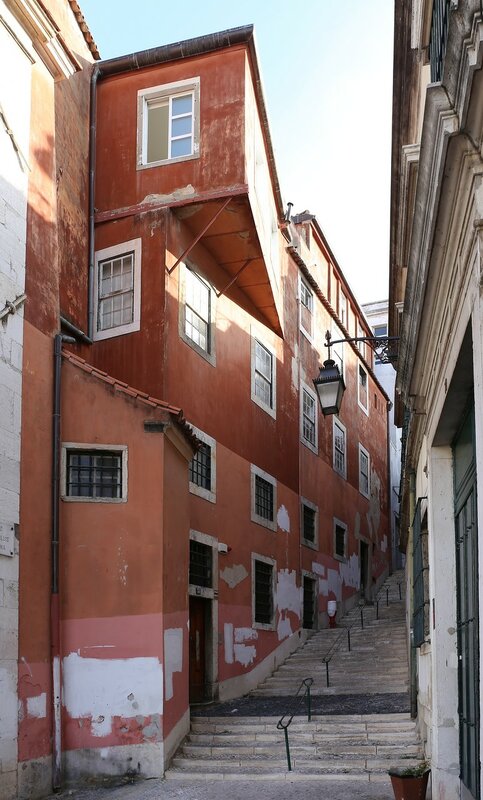 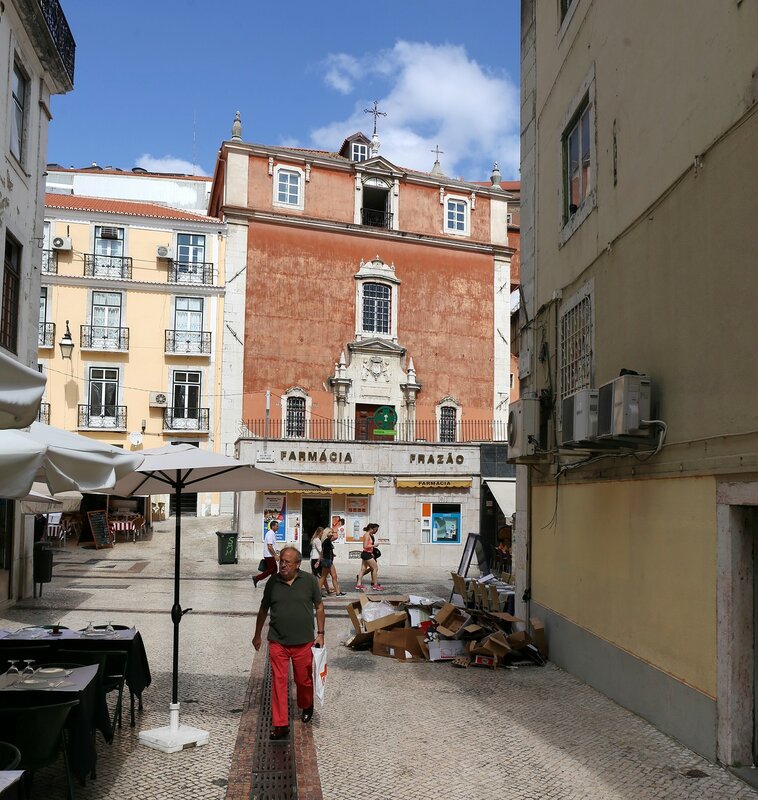