In a block from San Pedro de Alcántara garden is the church of Saint Roch (Igreja de São Roque map), it is a Jesuit temple, one of the oldest in the world and the first in Portugal. The Church built in the 16th century an belonged to the order for more than 200 years, until the expulsion of the Jesuits from Portugal. It is one of the few buildings that survived the earthquake of 1755. 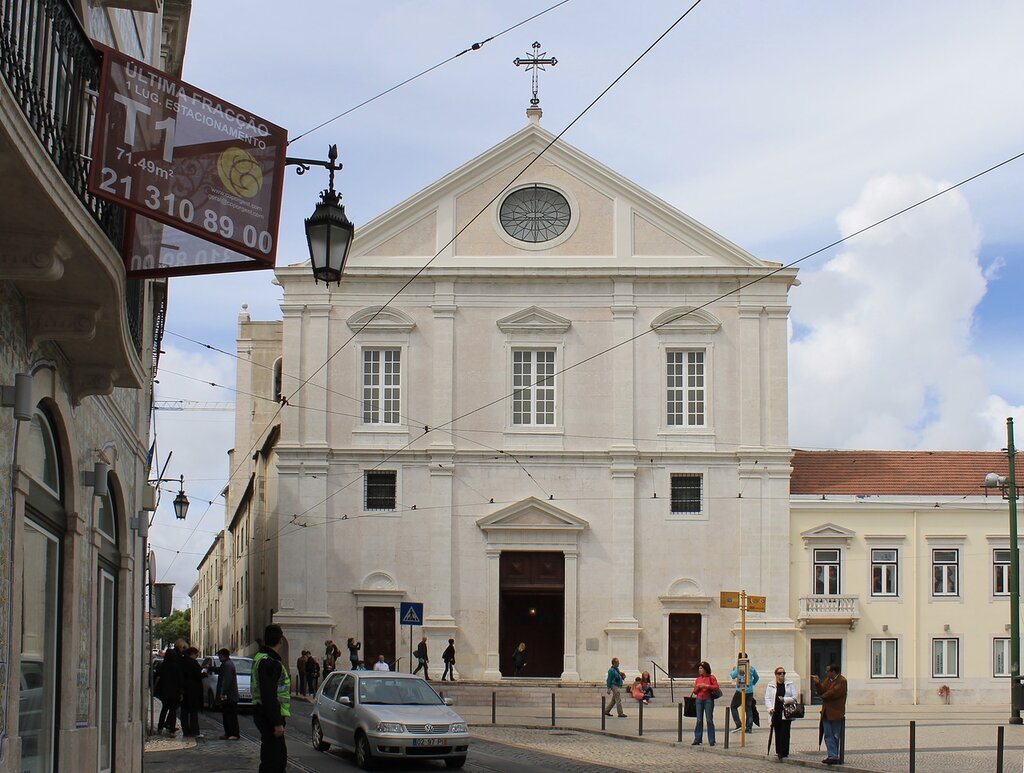 In 1505 Lisbon was covered by the plague epidemic, imported by a merchant ship from Italy. The disaster was of such magnitude that the Royal family and the highest state authorities were forced to leave the city. Thousands of the dead were transported outside the city walls, to the area of San Roque, now known as Bairro Alta, where the cemetery was arranged. Fallen to the mercy of God, king Manuel I sent messengers to Venice for the relics of St. Roch, who became the patron Saint of the plague after the epidemic of 1485. The relic was brought to Lisbon in March 1506 and for its placement on a burial place construction of the chapel which was tightened, however, almost for decade began. On February 25, 1515, the chapel was consecrated in the name of Saint Roch, at the same time a care society was established - the Brotherhood of Saint Roch, which included representatives of all urban estates. This society exists to this day. 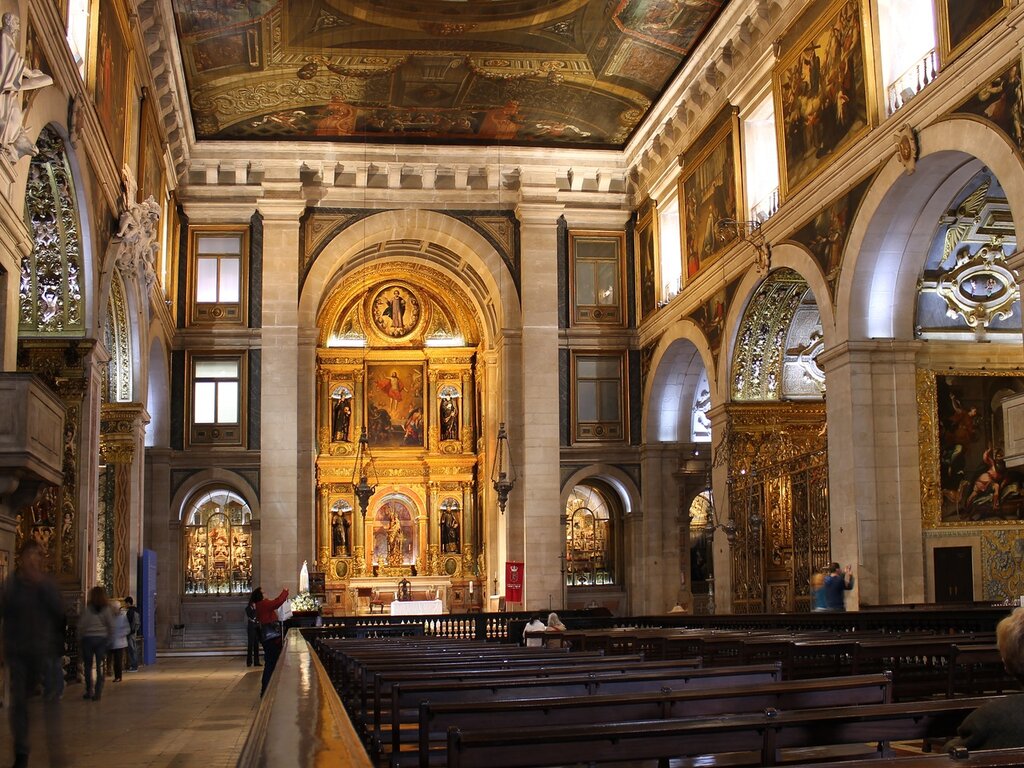 In 1540, at the invitation of king joão III, the first Jesuits arrive in Lisbon, forming a parish in the hospital of all Saints in Rossio square, later in the College of San Antón (now the hospital de San josé). In search of a permanent home, the brotherhood appealed to the king with a request to pass them a chapel in the plague cemetery. In 1653, Juan III granted the request, subject to the erection of a large сhurch on this site. The king wished to see the temple in accordance with the Trident principles, preaching simplicity and functionality. Jesuits began construction in 1555, which was carried out by the project of the court architect Alfonso Alvarez, after his smerit construction led his nephew, Baltasar Alvarez (Baltasar Álvares). The works were completed in 1619. 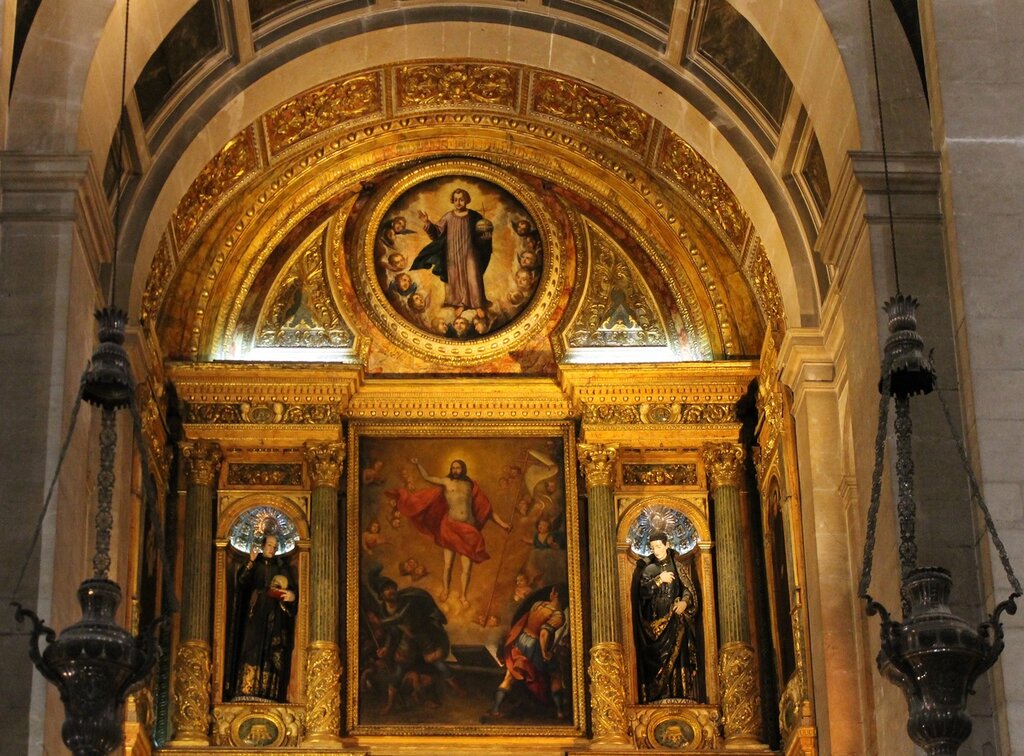 In the 1750s, the persecution of the Jesuits began, in 1759 the Prime Minister-Minister Pombal accused the order of involvement in the attempt on the king, and his followers were expelled from Portugal. In 1768 the сhurch was handed over to one of the parishes whose сhurch was destroyed by The great earthquake of 1755. 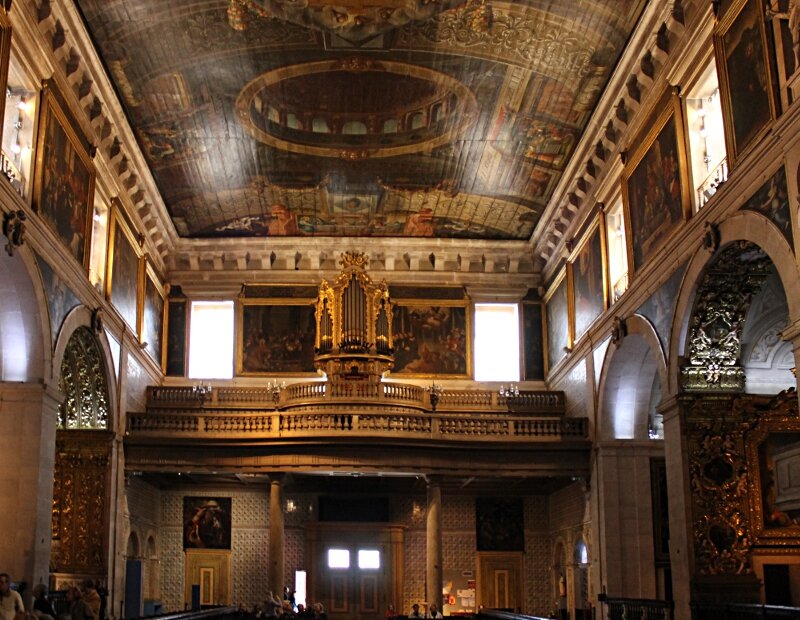 The architecture of the сhurch has a modest appearance, with simple rectangular shapes and spacious rooms, and magnificent interior decoration. This style was called "Jesuit". In finishing valuable breeds of a tree, marble, ivory black are used. 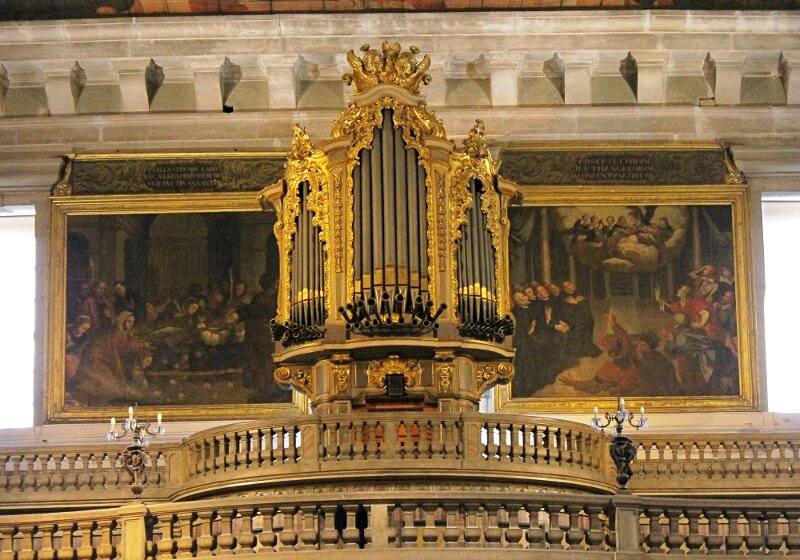 There are four chapels on each side of the nave. 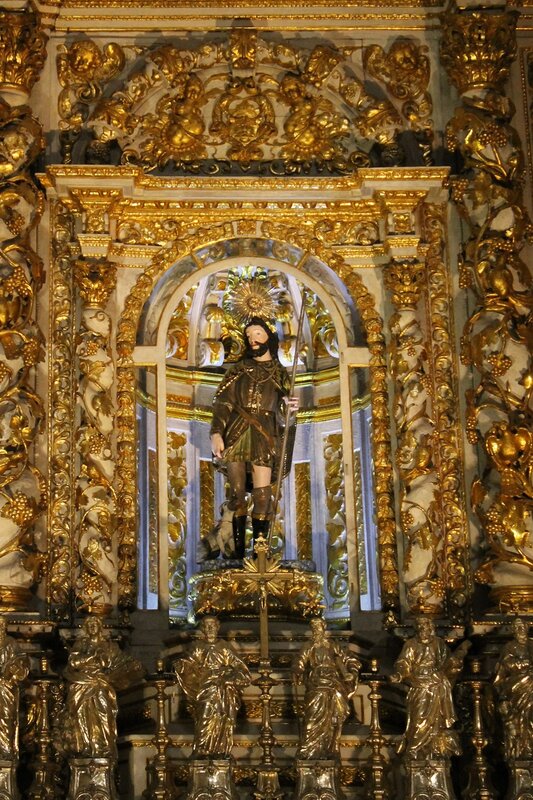 The chapel of the Holy Sacrament was built in the middle of the 17th century and decorated in Baroque style. Originally it was called the mother of God. 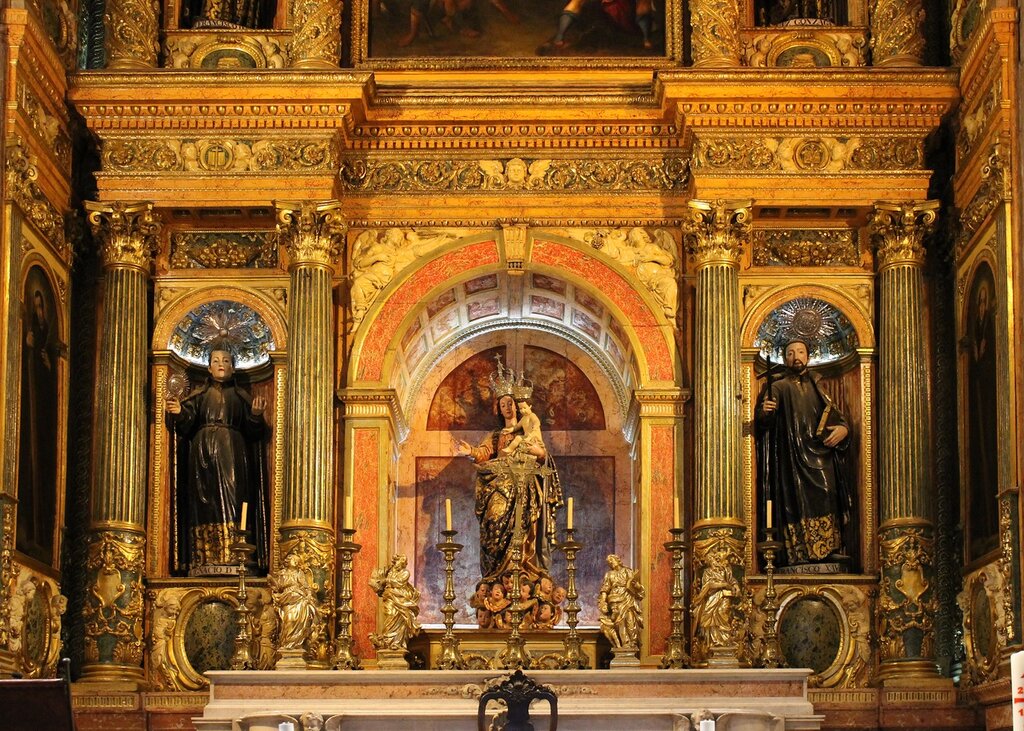 A distinctive feature of the сhurch is a wooden ceiling, painted in 1684-1686.

This is the work of Francisco Venegas, personal painter of king Philip II. 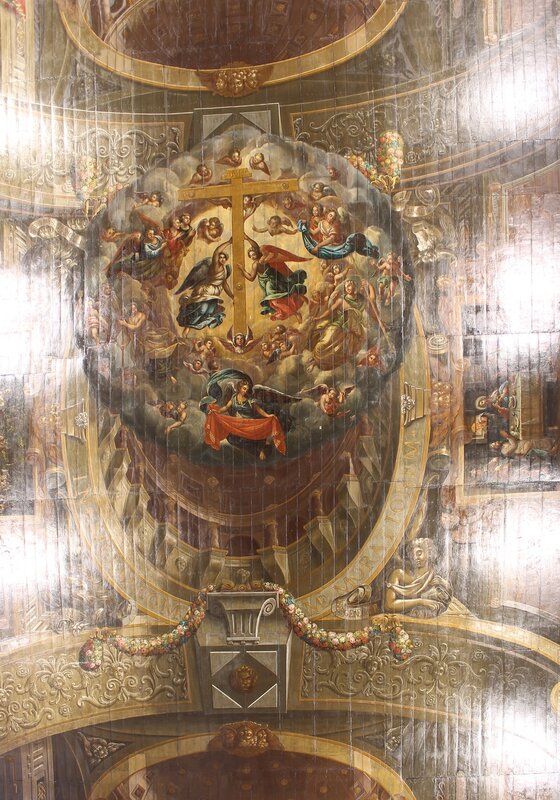