Fifty meters South of camoens square is a small green square (on the map), named after Joaquim Pedro Quintela (1748-1817), a member of the Council of Queen Mary I and the owner of the monopoly on the tobacco trade. 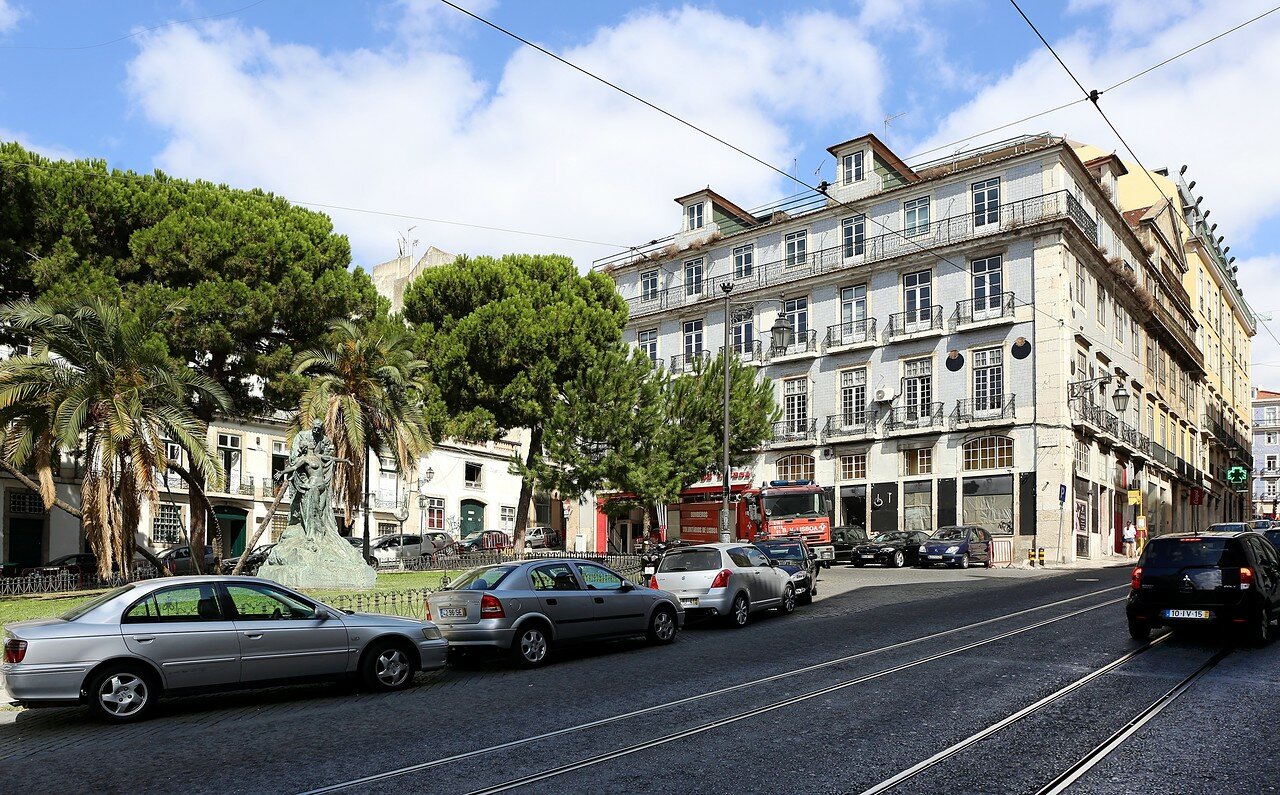 On the East side of the square is the Baron's Palace, built in 1788. 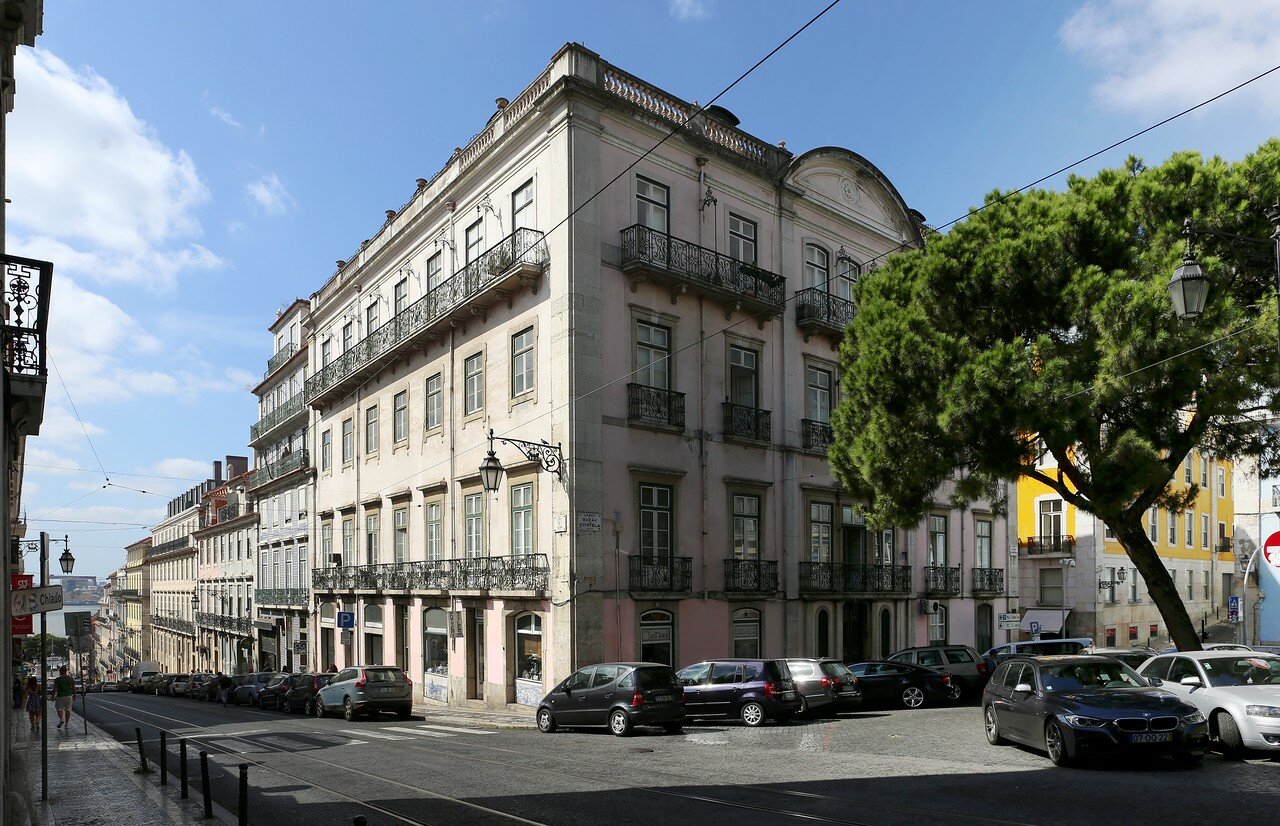 In the center of the square, a monument to the poet Eça de Queirós (1845-1900) was unveiled in 1903. The sculptor António Teixeira Lopes, inspired by the words of the romantic poet" about the nakedness of truth and the transparent shell of imagination"(Sobre a nudez da Verdade o manto diáfano da Fantasia) in the form of an allegory-" naked truth", depicted Keixera's wife. 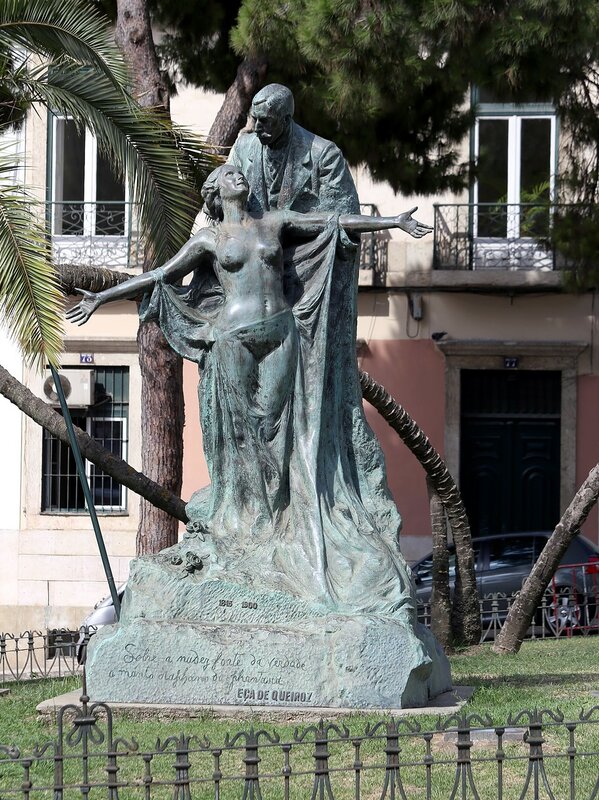 The quintel Palace itself is not in my frame due to the light conditions, but from the facade of the Palace you can see a wonderful perspective of Rua Alecrim descending to the river. 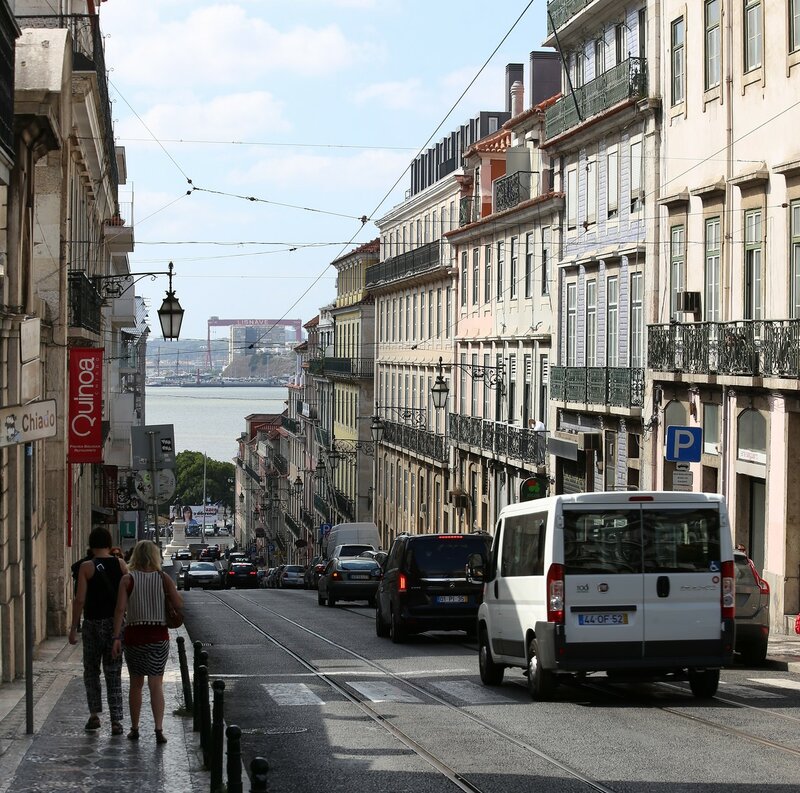 And in the Palace itself, to the right of the main portal, my attention was drawn to an antique shop. 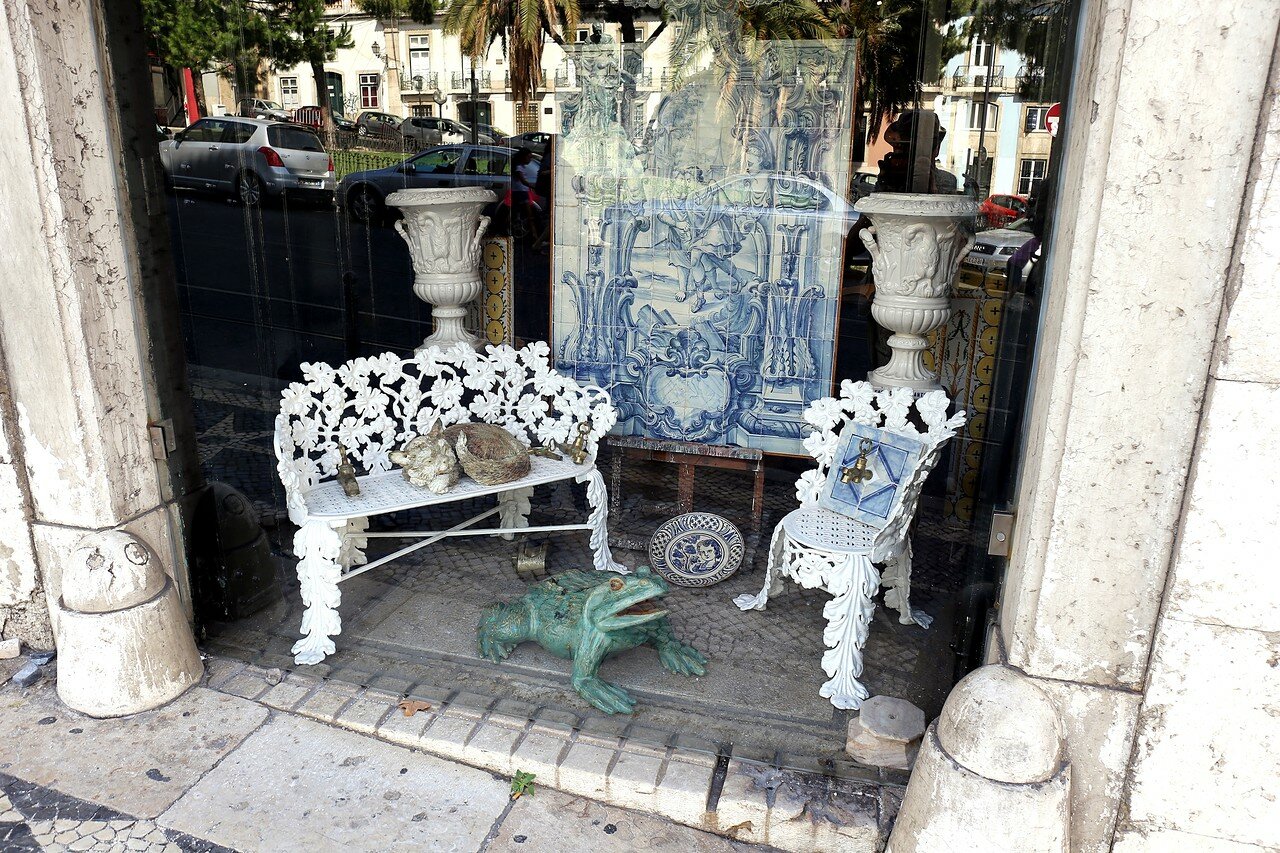 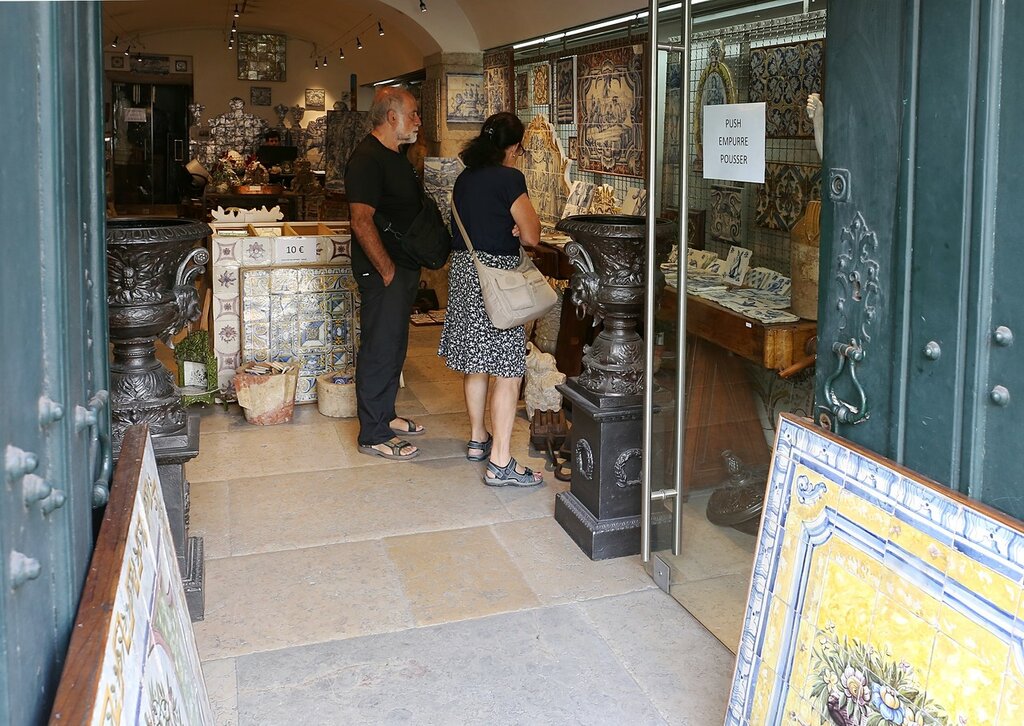 On the North side of the square, in a house lined with tiles, the headquarters of the Volunteer fire Department (Bombeiros Voluntarios de Lisboa) is located. 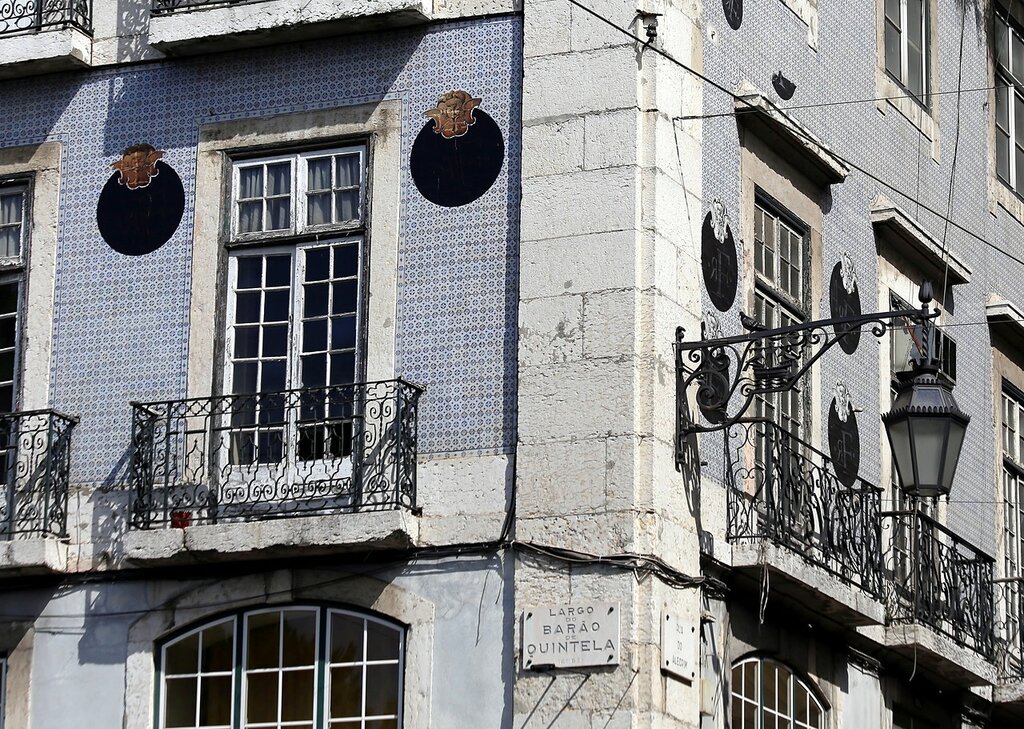