I spent my last morning in Lisbon exploring the immediate surroundings of my boarding house on Rua da Palma. 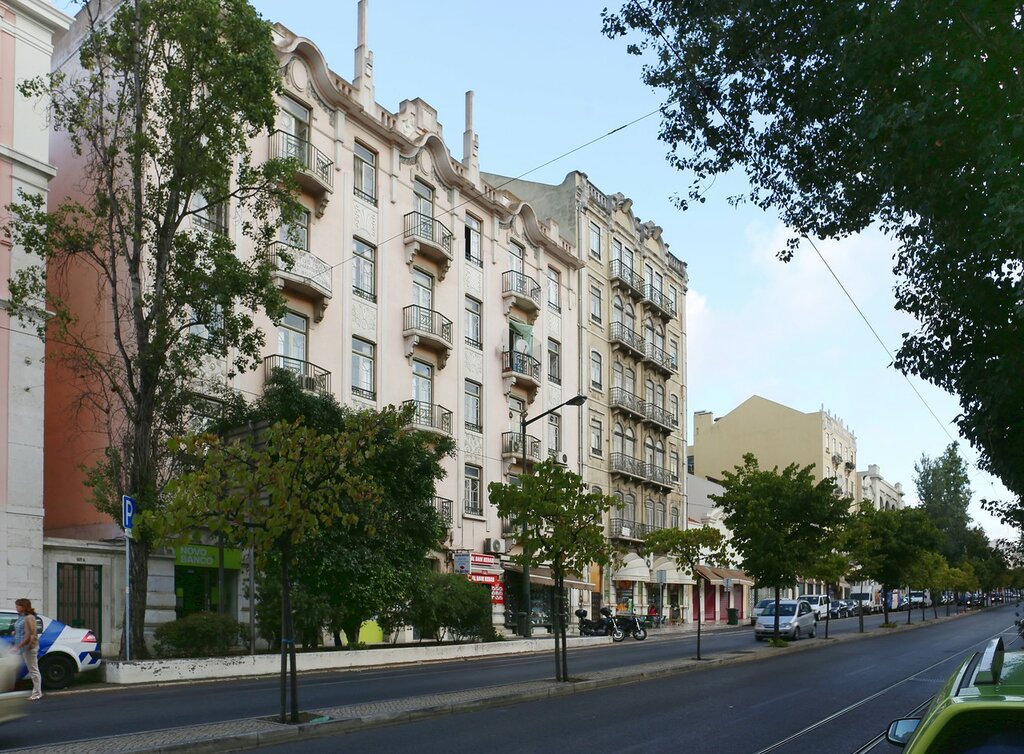 In the window of a neighboring house, I noticed a large letter box for the Portuguese post (CTT Correios), passed by a dozen times but did not pay attention. Portugal post consists of several companies that differ in the speed and direction of delivery and, accordingly, tariffs. On Rua da Palma, you can see Correio Azul (Blue mail). Three boxes for different types of messages - international and domestic with normal delivery, and Express delivery (ultima hora-literally " last minute"). 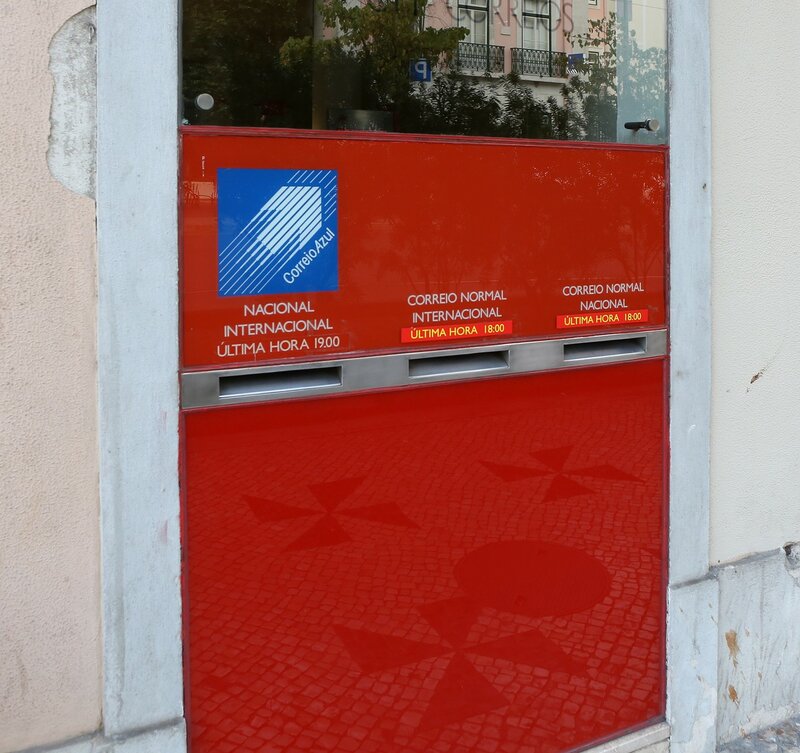 Then I went out to The well known Martim Moniz square. 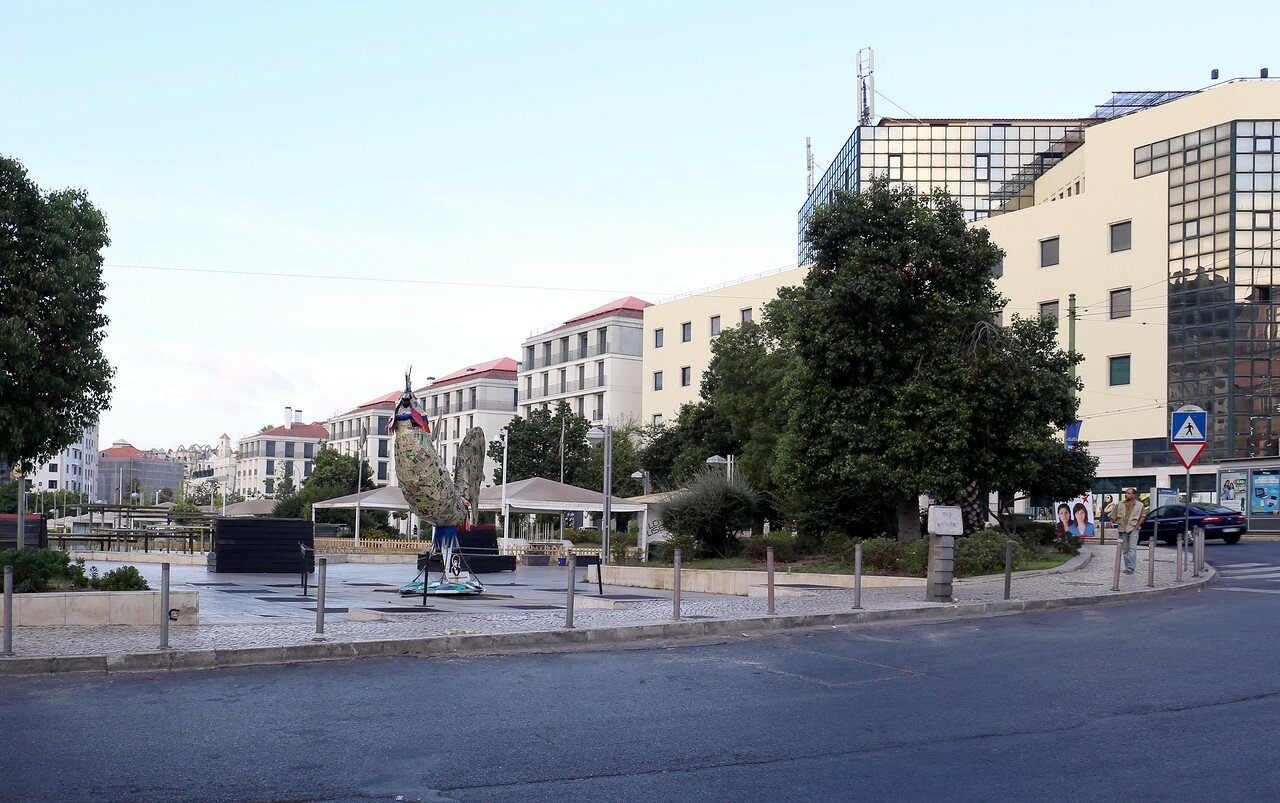 Here I headed up the Rua dos Cavaleiros (knight street), which crosses Mouraria, the most multi-ethnic district of Lisbon. 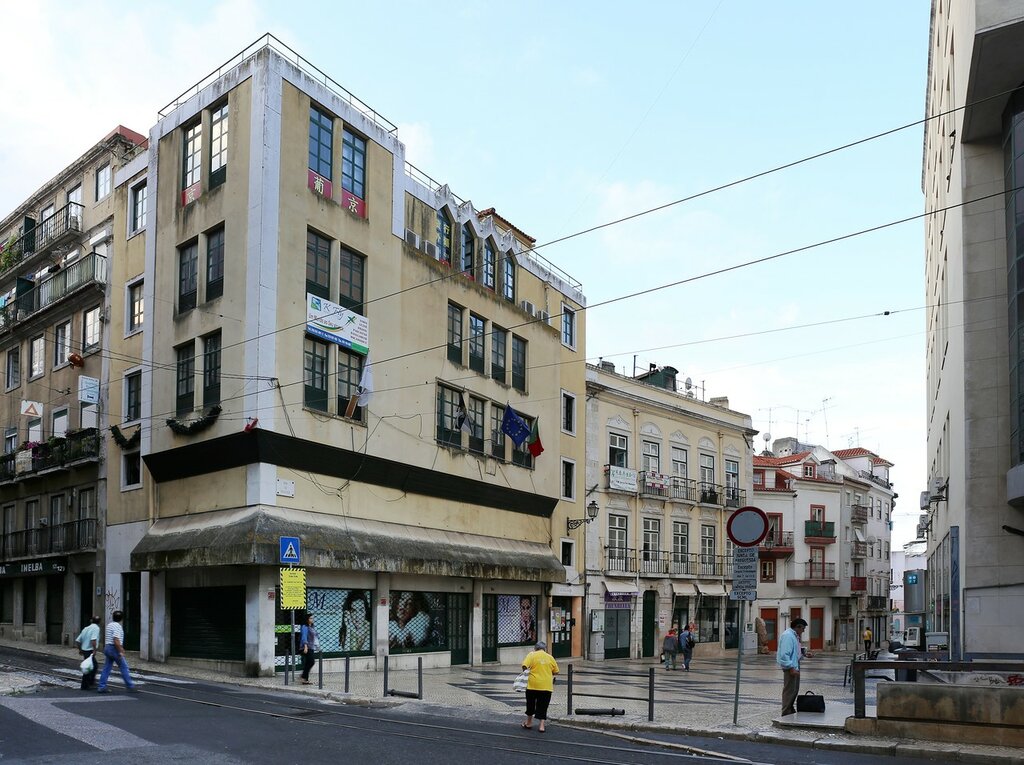 Along this street runs the route of the tram 12E, there are many shops where you can buy various small things from all over the world. It was usually busy during the day, but at this early hour it was completely empty. 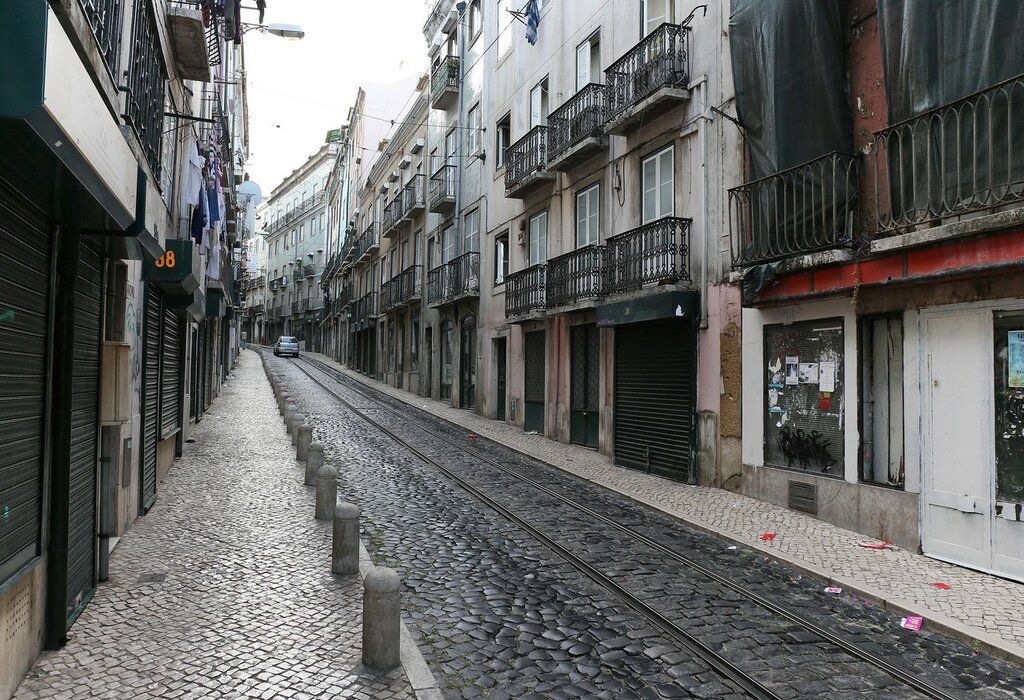 The street is very narrow, the tram tracks are only in one track. For two-way traffic, Largo do Terreirinho once had a crossing, but now the tram only runs in one direction and the second track is blocked by cobblestones. Pedestrians are left with strips at best half a meter wide. 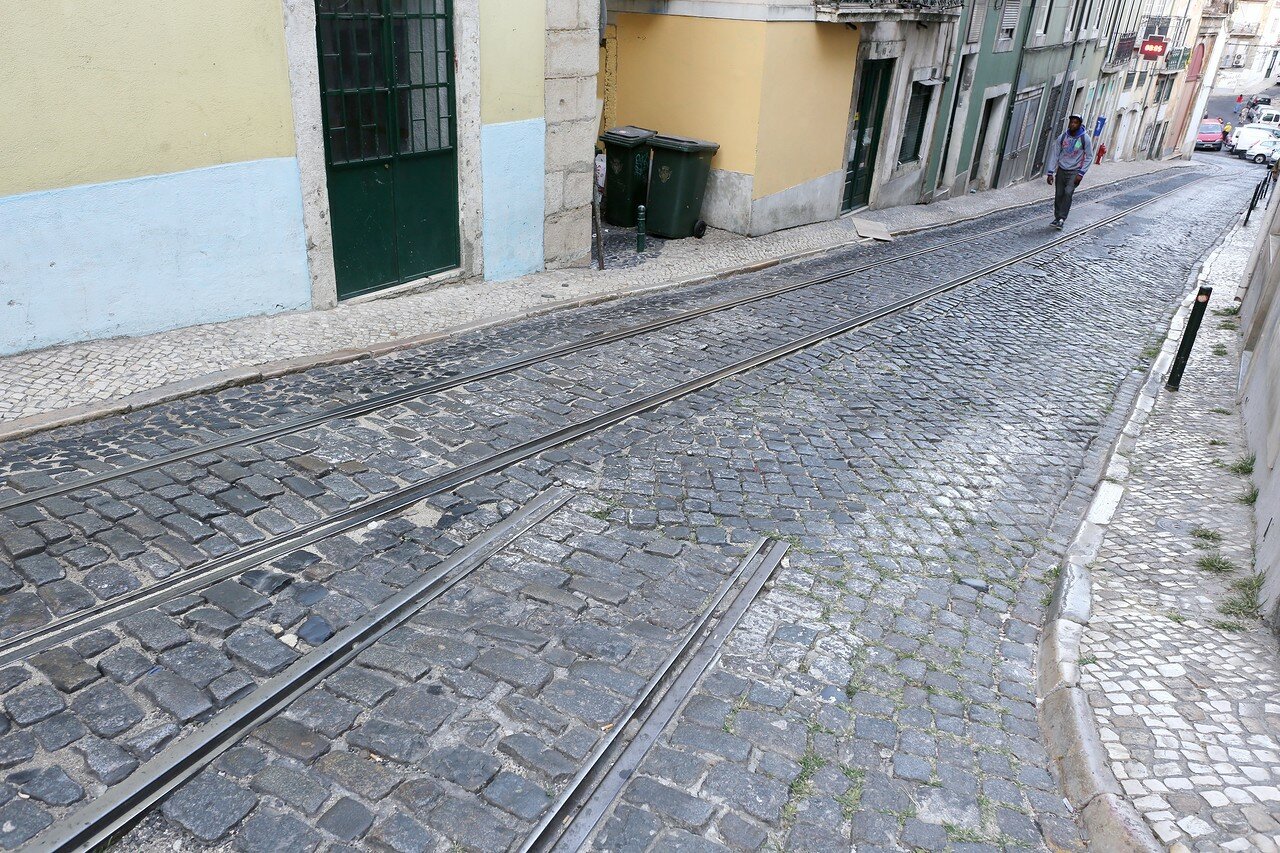 The modern development of the street dates back to the 19th century, but you can see earlier architecture here. At the corner of Largo do Terreirinho there is a part of the 17th century Church with a Baroque portal. 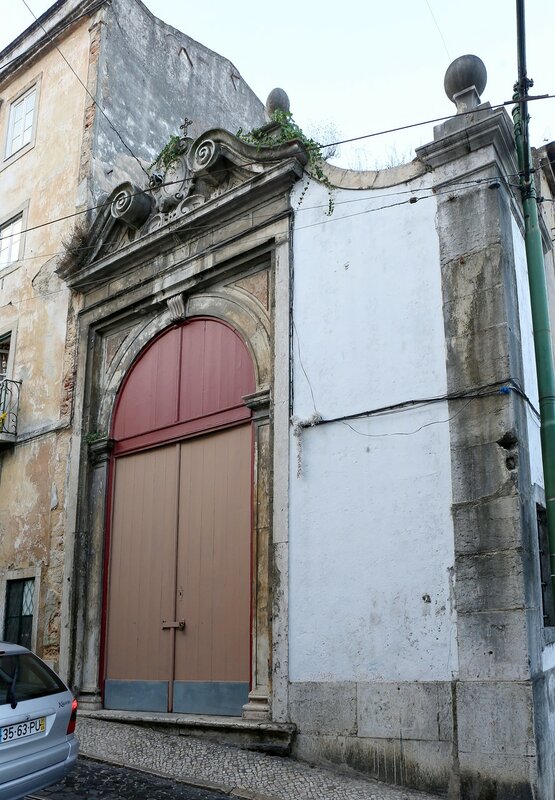 Then I continue along the street of St. Andrew (Calçada de Santo André) There is nothing remarkable, except for a pair of carved wooden Windows in the art Nouveau style, traditional for Lisbon green. 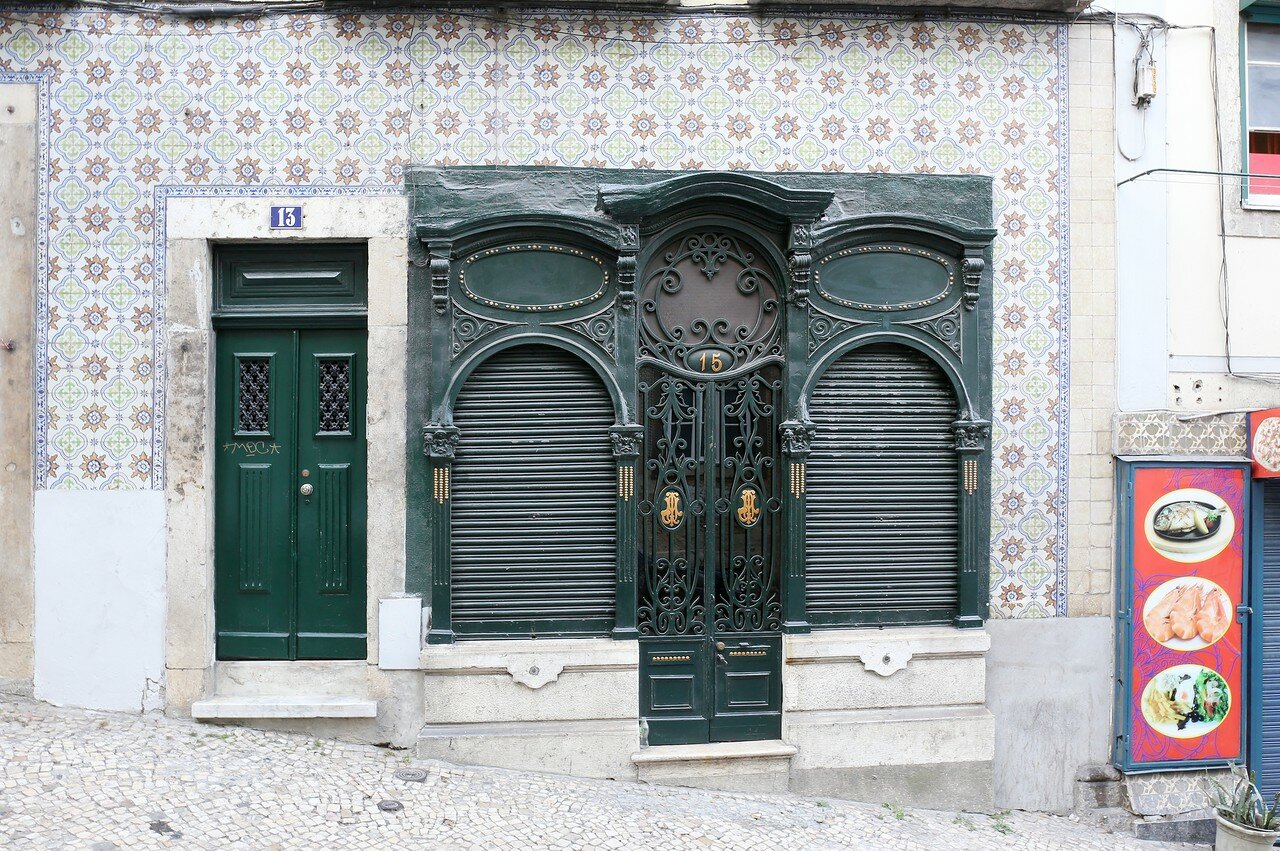 At the end of the street is a building with a large Baroque portal covered with scaffolding. I must say that more than three years have passed since my first visit to Lisbon and uring this time, the city has changed a lot, many neglected buildings have been put in order or are in the process of restoration. 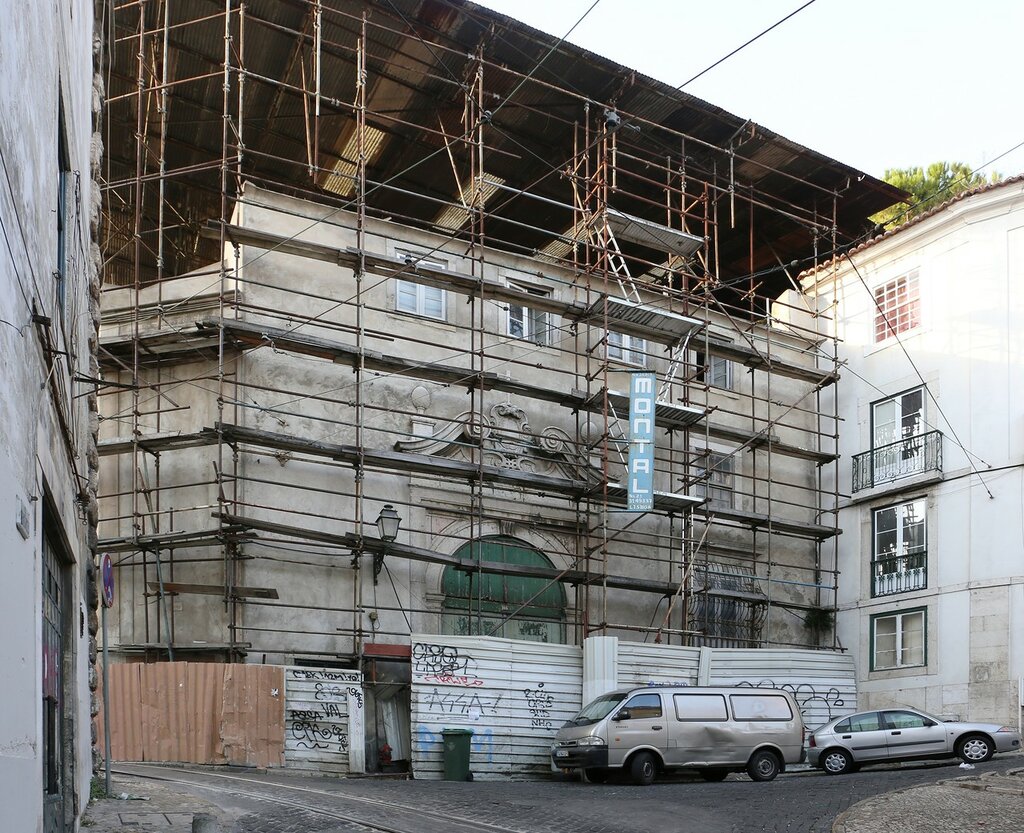 Around the corner of this house opened the square of Rodrigues de Freitas with a house - "iron", covered with blue tiles. 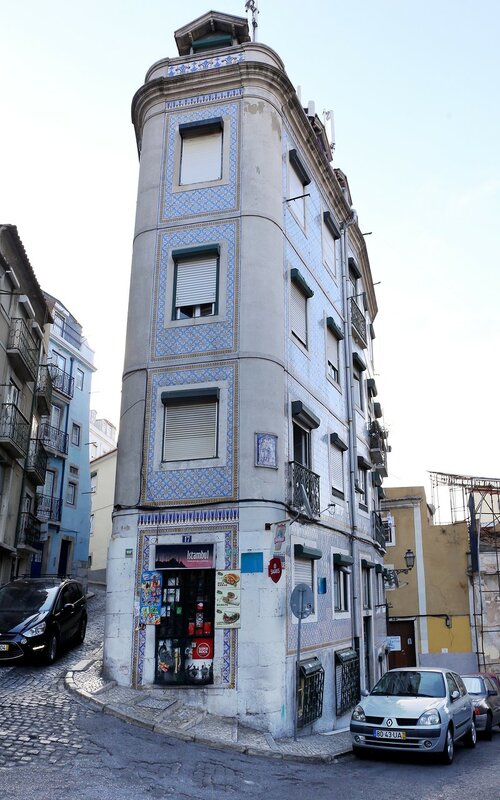 On the opposite side of the square from the" iron", you can pay attention to the classic portal with old doors. This is again part of an old house, built on the side and top. 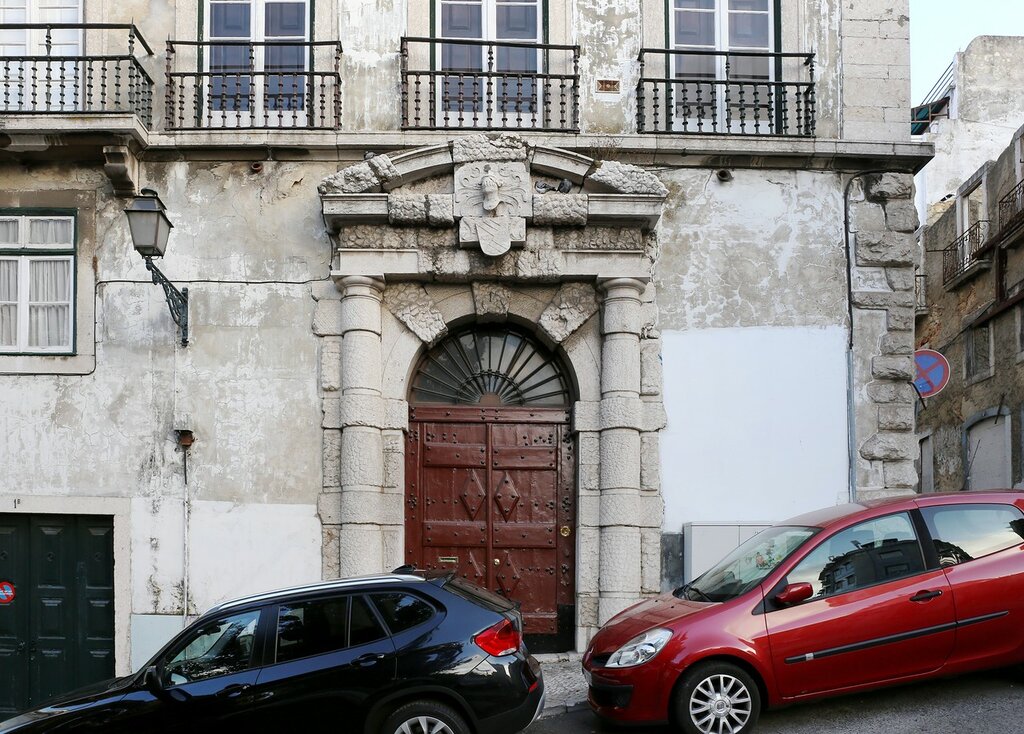 On the right is another house covered with colored tiles, built in 1883, according to the sign above the entrance. What the letters M.J.P.A. mean, you can only guess-the initials of the owners of the house or the name of the construction company. From this house begins the Calçada da Graça, leading to the monastery and the viewing platform of Graça. 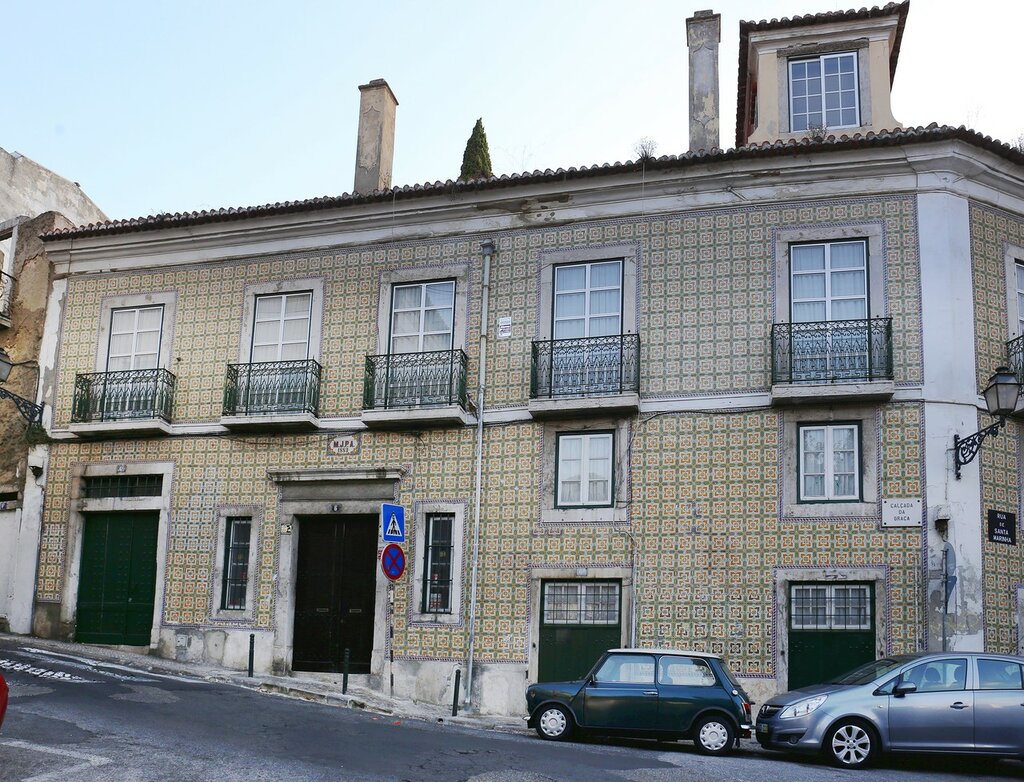