From the Ferreira house down goes Largo Rafael Bordalo Pinheiro. 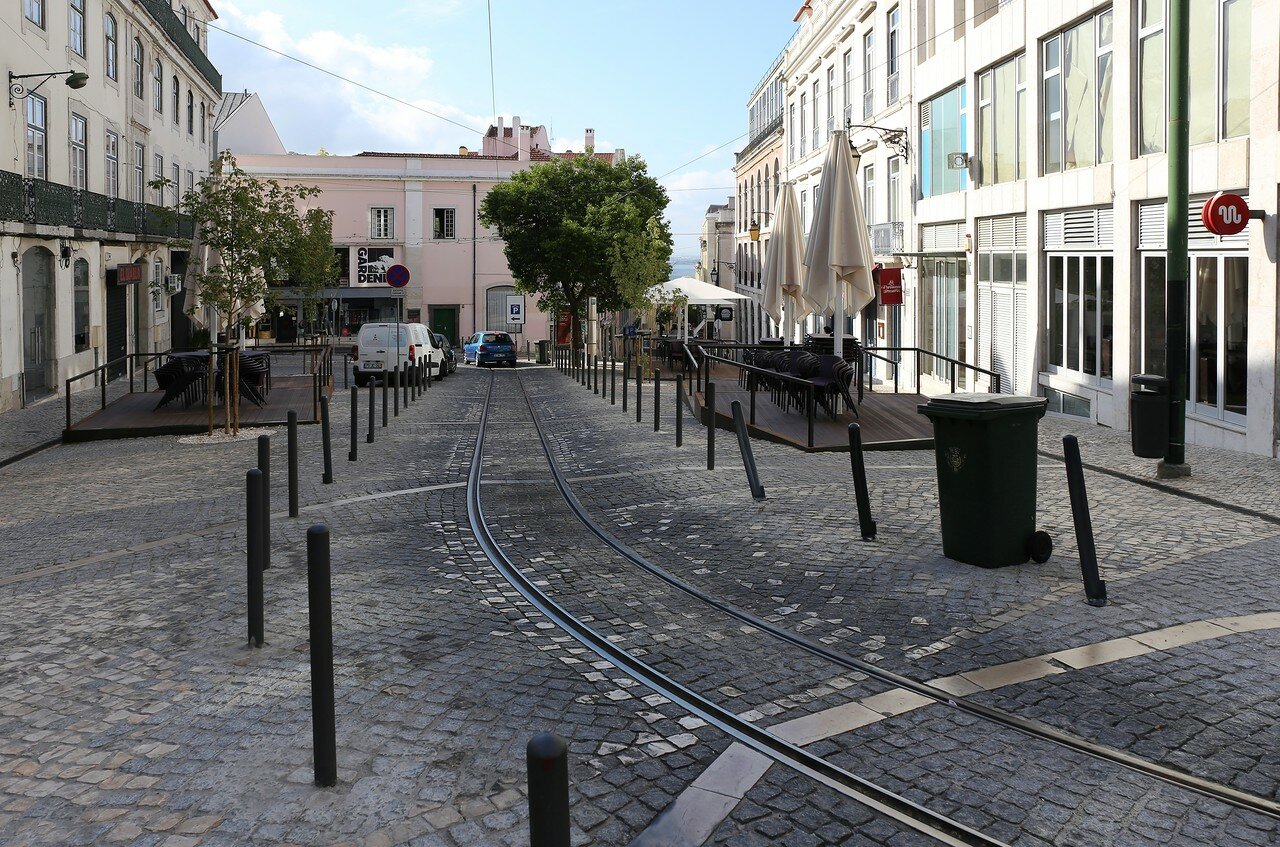 I followed it to the Chiado square (Largo do Chiado), which is considered the center of the eponymous quarter. 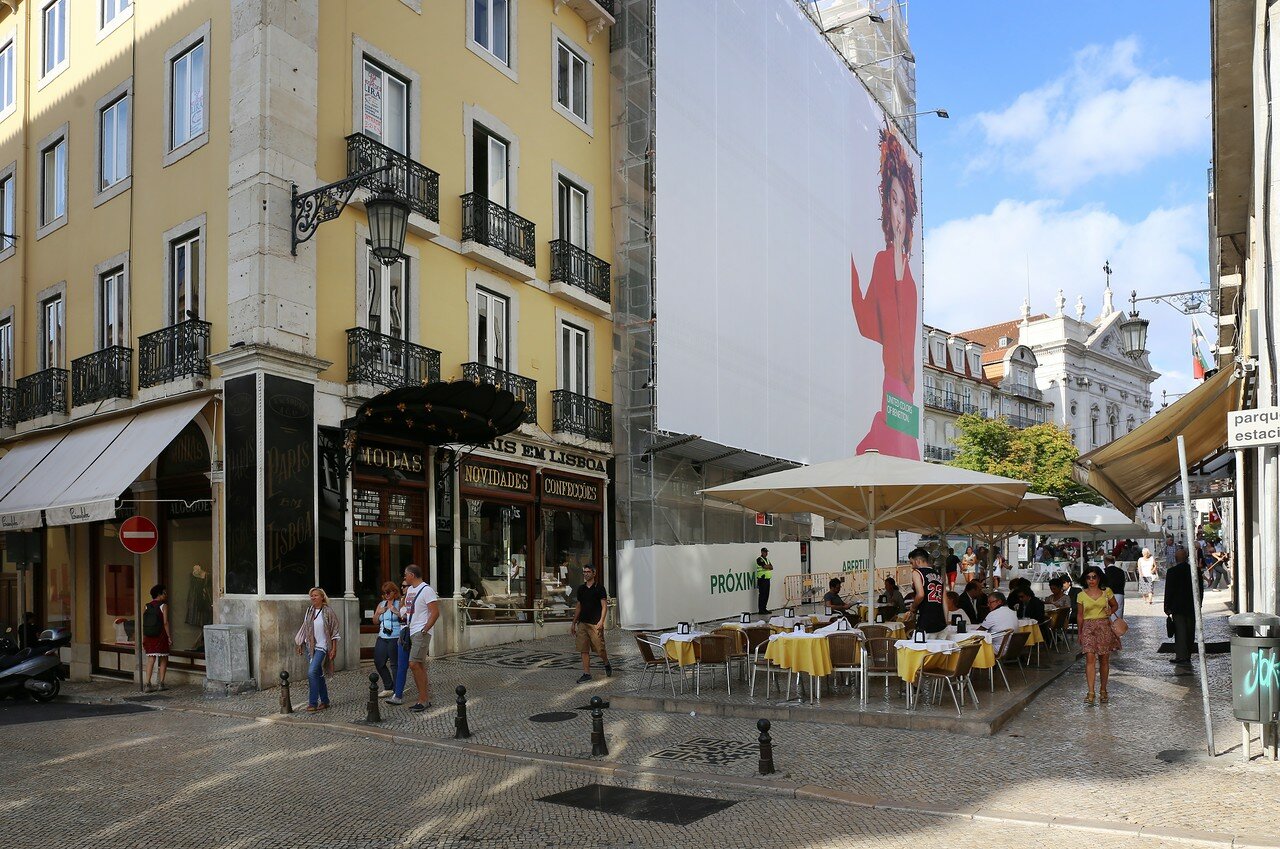 Here is the church of the Martyrs (Basílica dos Mártires), we will look into it later. 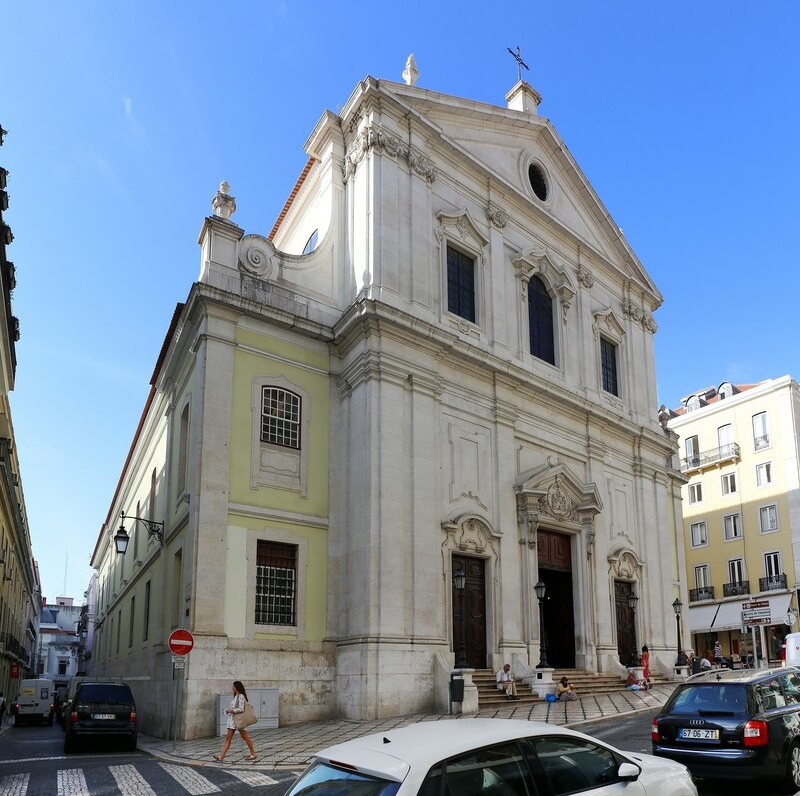 In the meantime, take a walk down along the Rua Garrett, the main shopping street of the Chiado quarter. There are many beautiful storefronts with a long history. 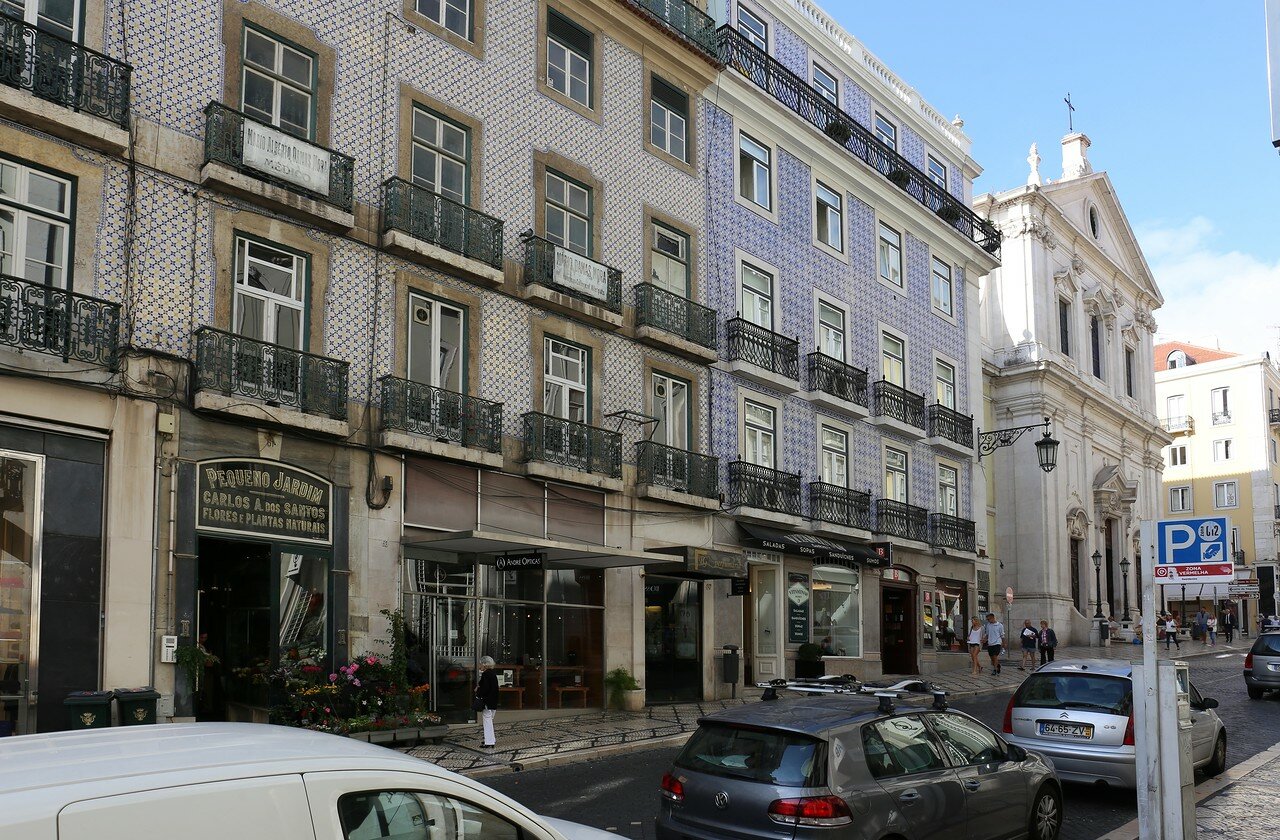 Under the numbers 70-72, you can see a portal with the letters "Pastelaria Marques". The pastry shop was opened in 1903 by Manuel Marquez and offered a large assortment of sweets mainly French cuisine. 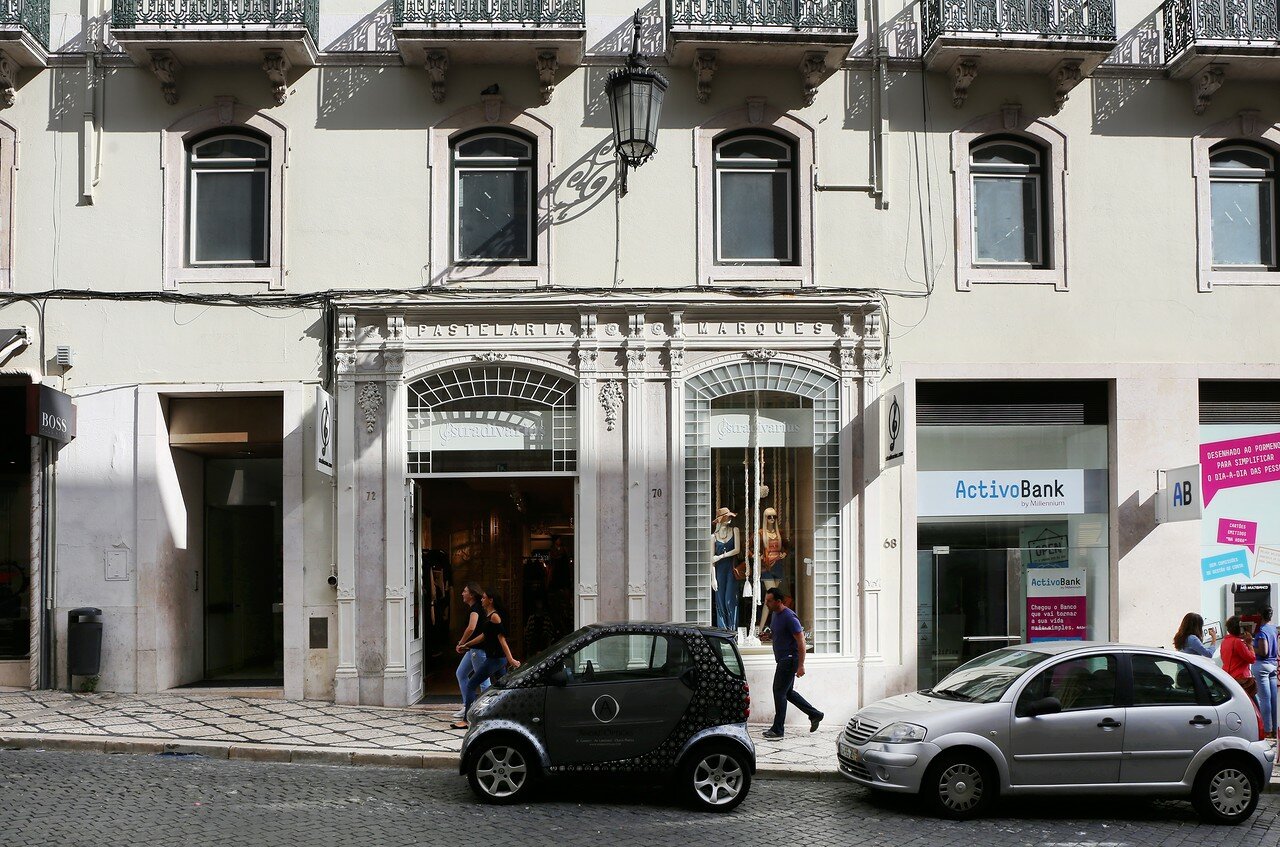 Now the premises are occupied by a boutique of the Spanish brand Stradivarius, which offers women's clothing from Barcelona fashion designers, while preserving the authentic design of the portal in the art Nouveau style. 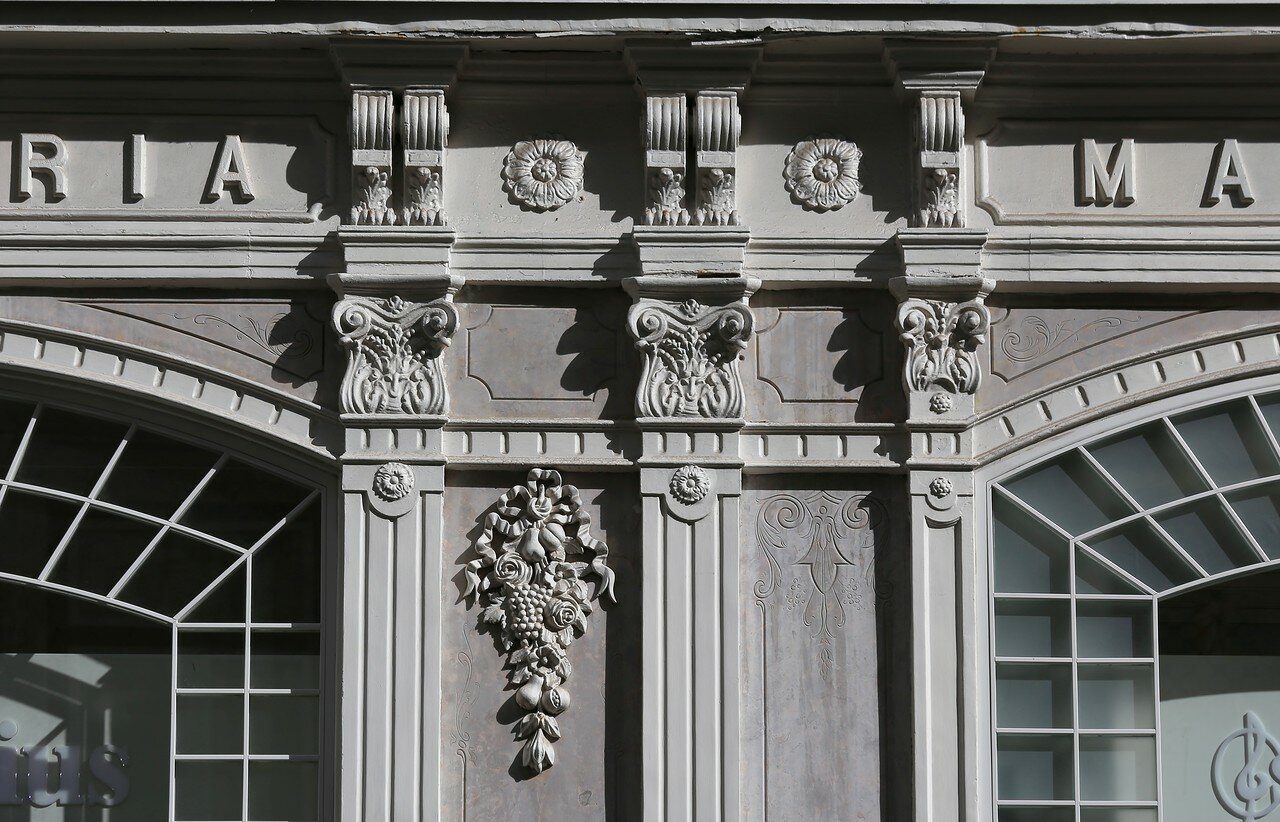 Two houses away, another interesting showcase of Ourivesaria is Joalharia ("jewelry and bijouterie"). 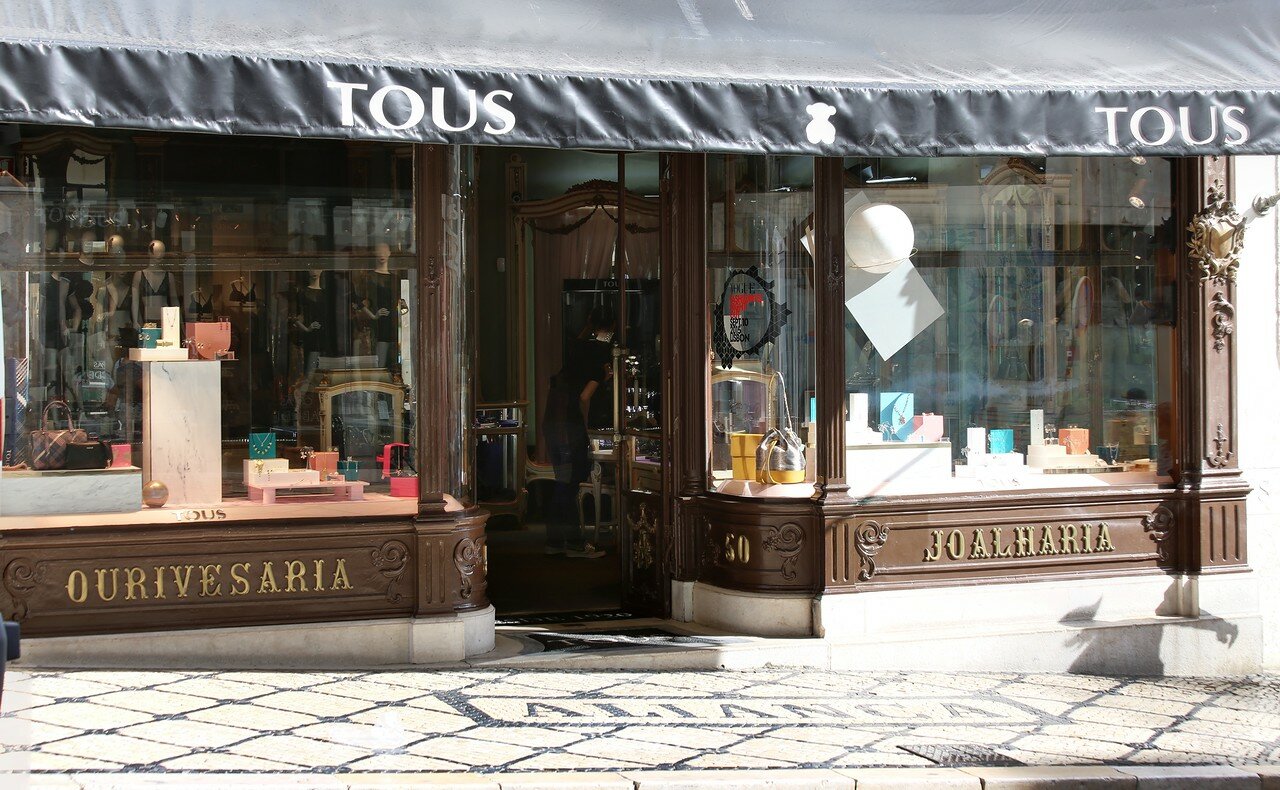 In 2012, the store of the Spanish jewelry company Tous opened here, attracting visitors with a restored carved display case from 1914. 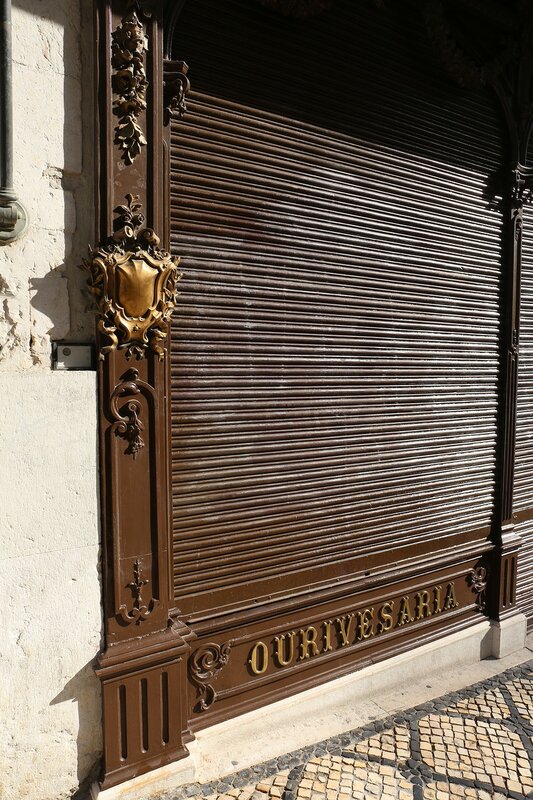 Looking under the canopy, I saw a real masterpiece of decorative art of the early 20th century. 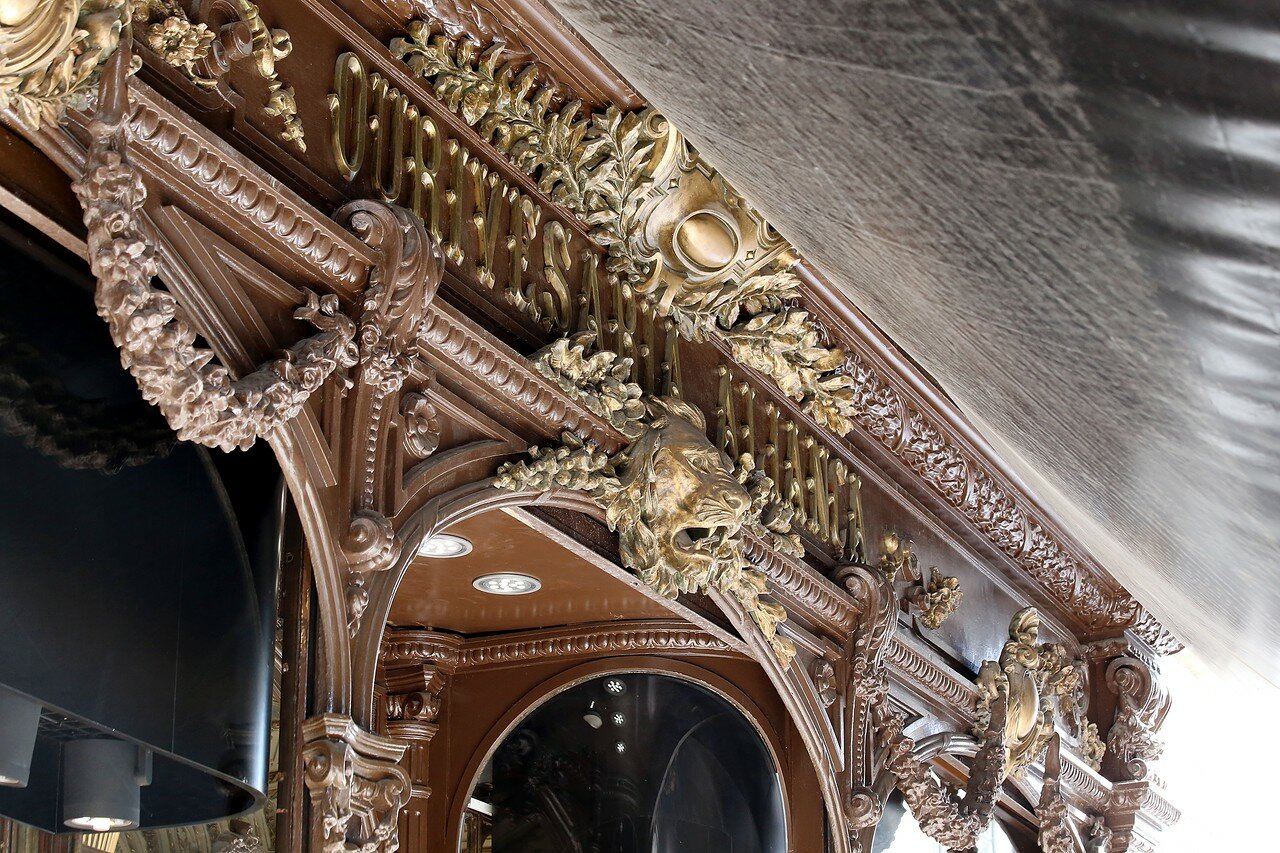 If you go to the store, you will see on the walls the work of the artist Artur Alves Cardoso, known for painting the Assembly hall of the Republic. 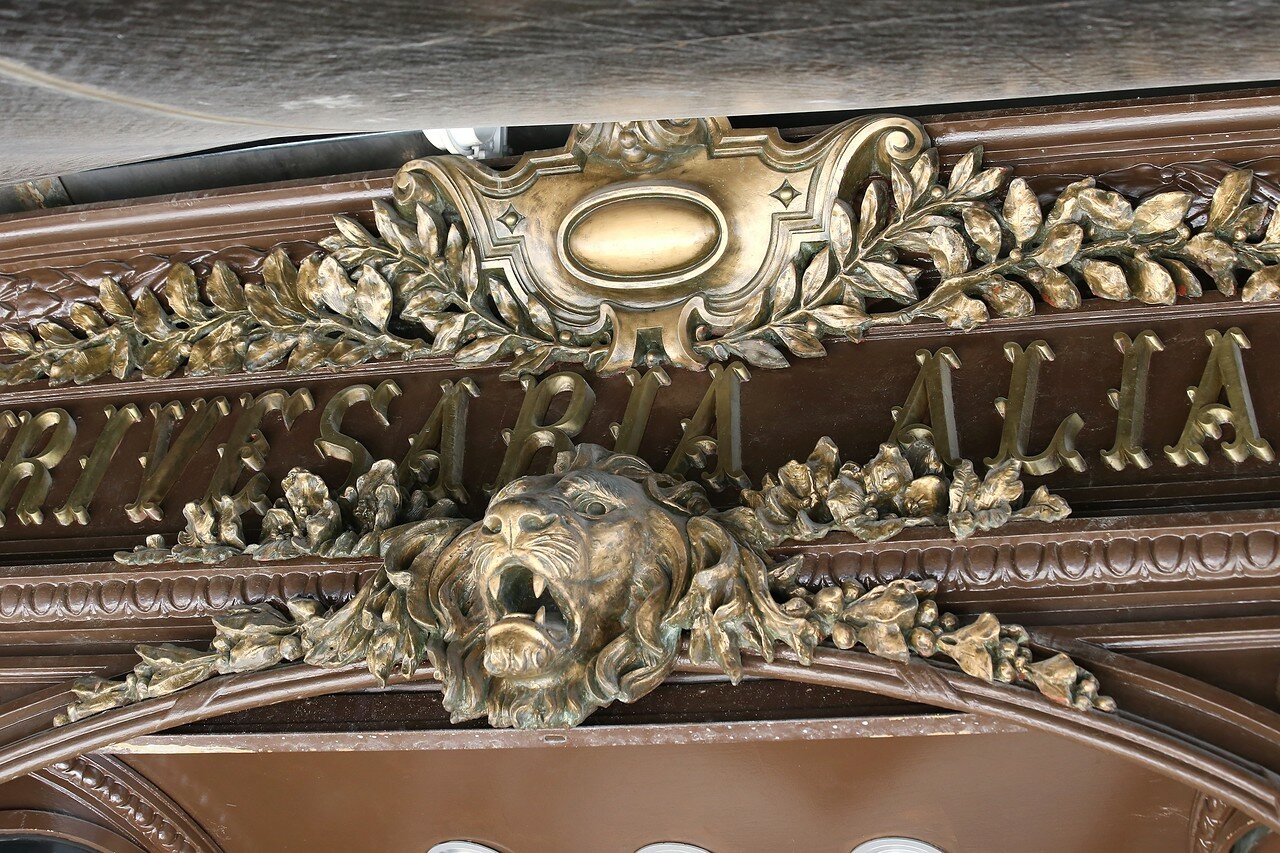 In 1930, the Casa Pereira tea and coffee shop opened at number 38. it is still open today. 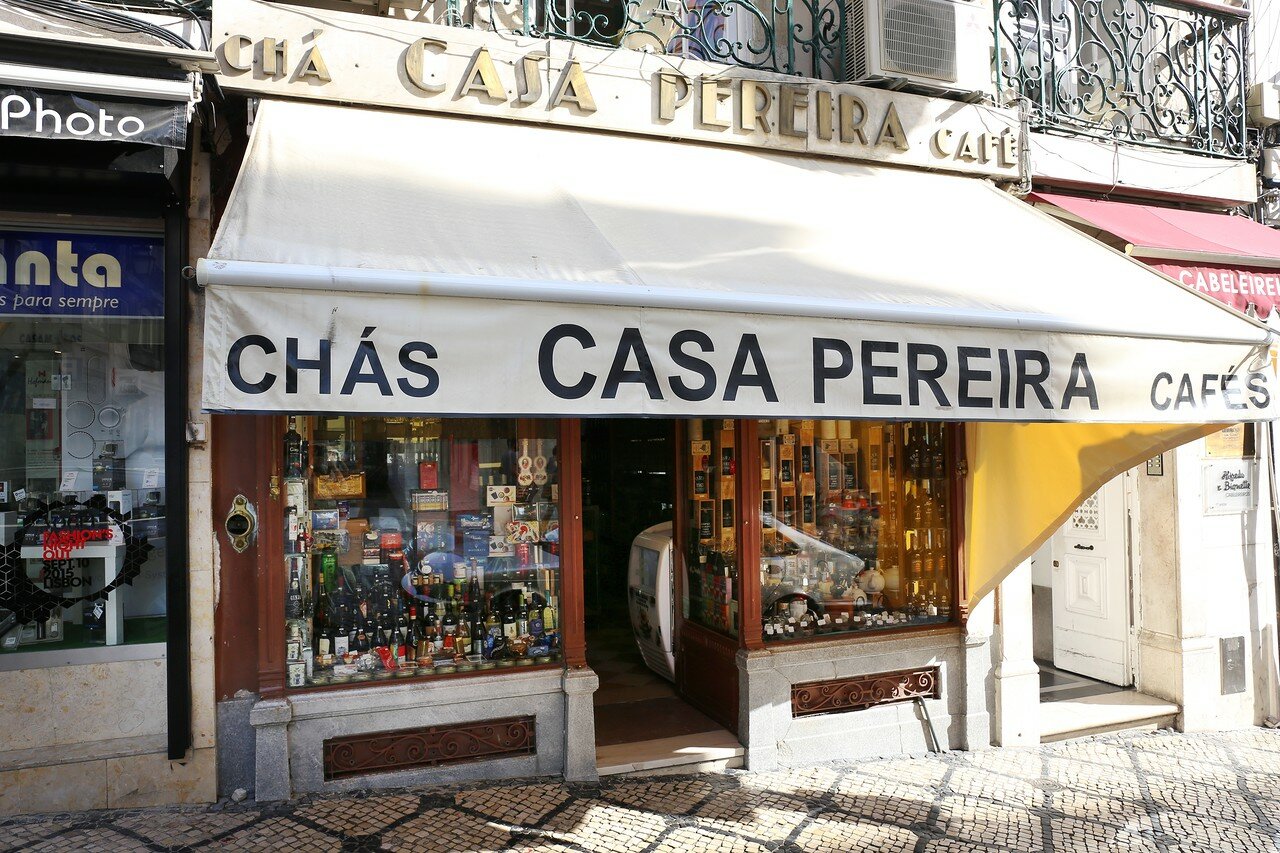 Here you can buy elite coffee varieties “Império", "Cardeal" and "Continentes". Prices, I must say, are quite moderate. 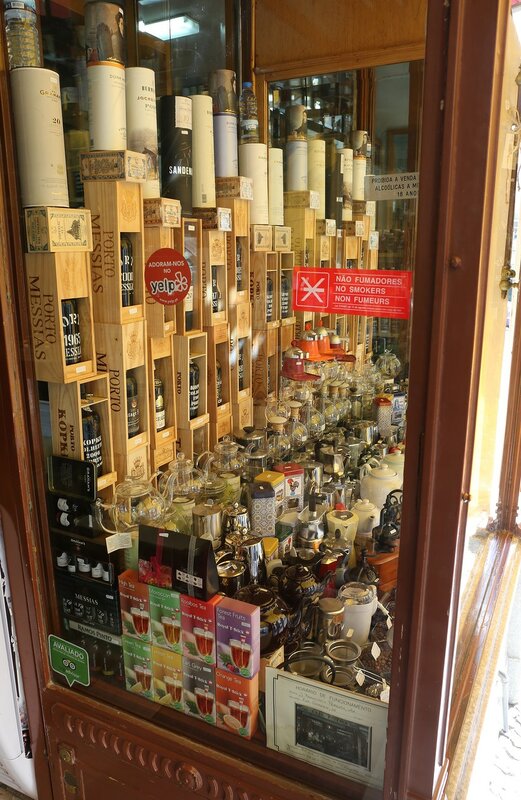 There are also "related products" - chocolates, waffles, but most importantly-branded handmade cookies, which are sold only here. 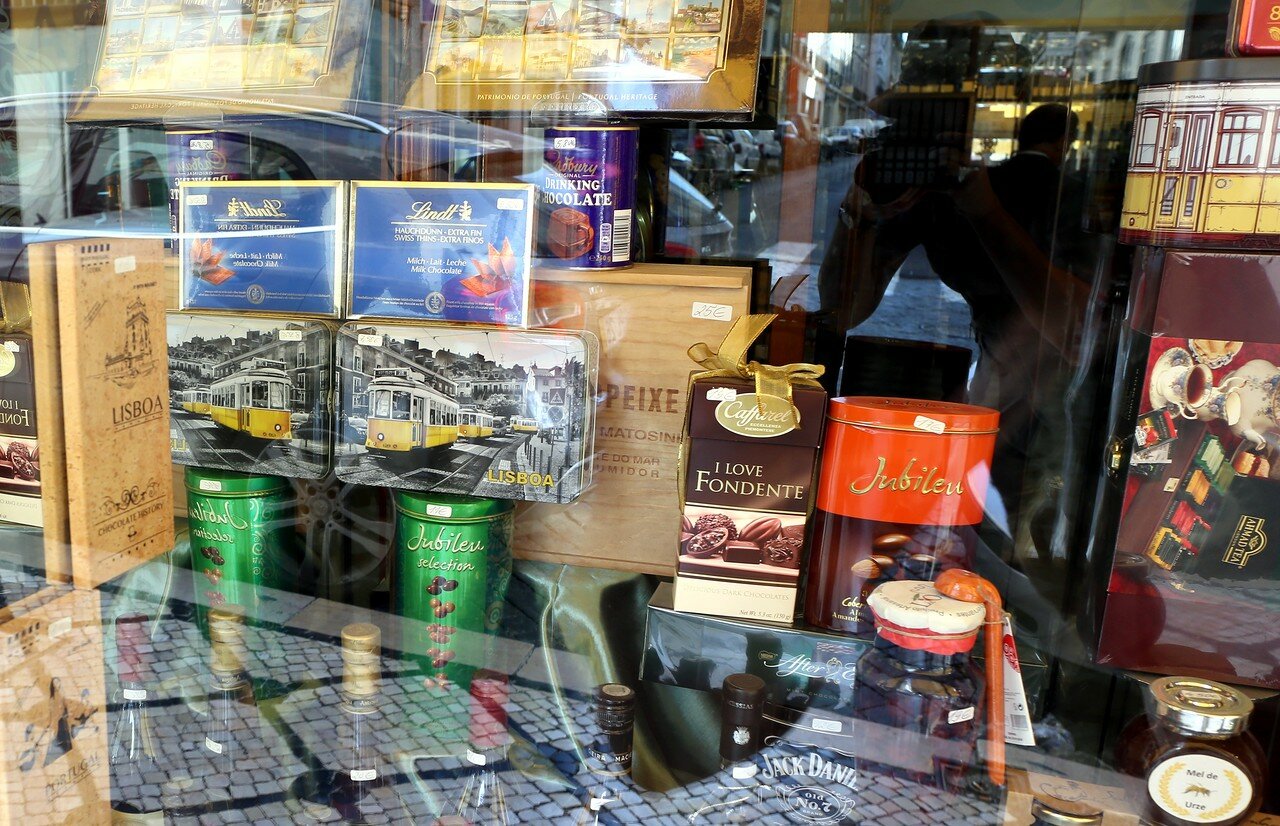 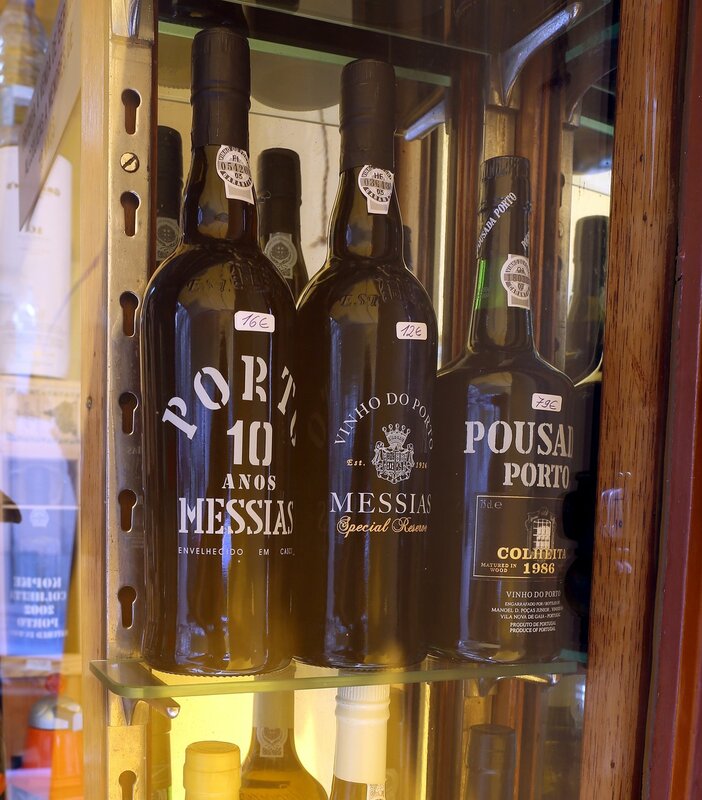 The wide marble window sill of a nearby Swarovski store is protected from those who want to sit on it in this elegant way. 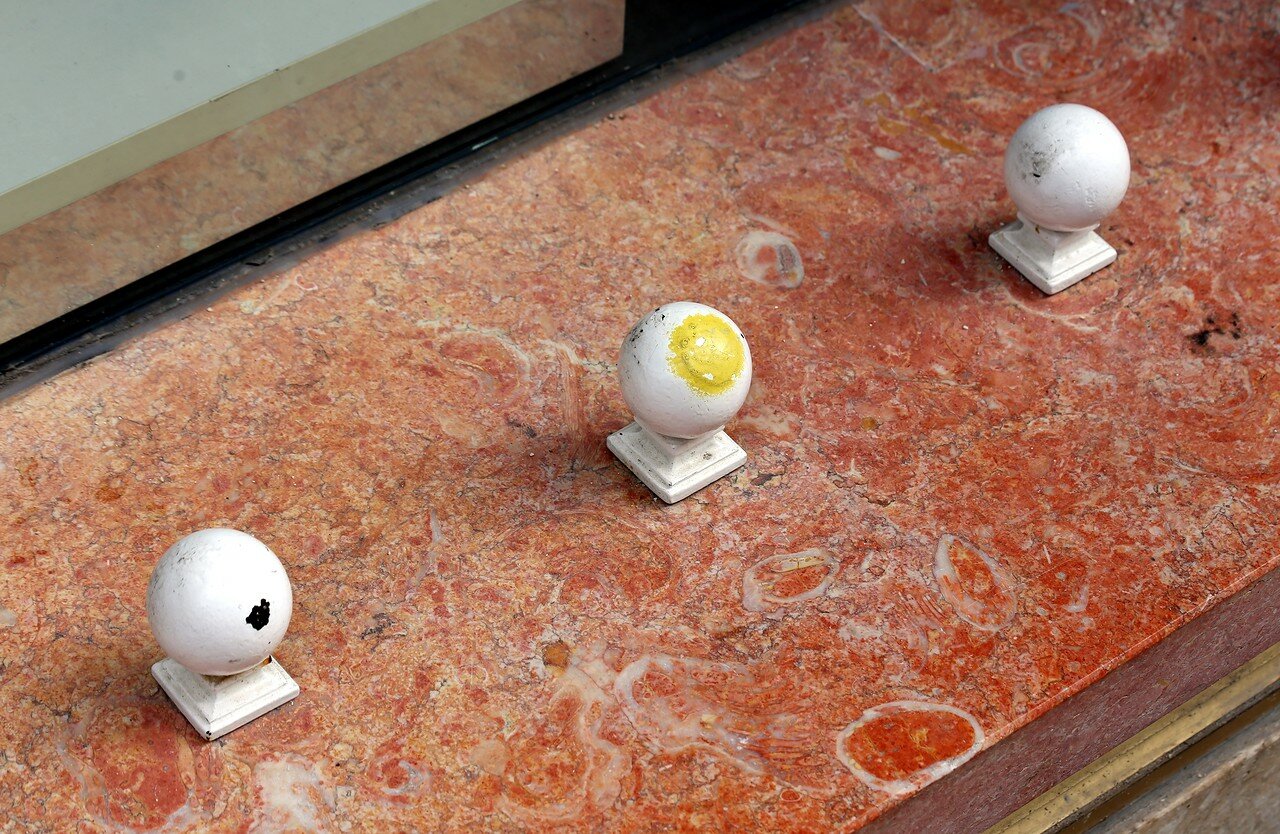